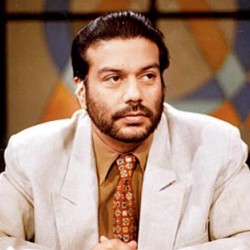 Vir Sanghvi is probably the best-known Indian journalist of his generation. He became editor of Bombay magazine at twenty-two, making him the youngest editor in the history of Indian journalism. He went on to edit Imprint and Sunday, then India’s largest-selling weekly newsmagazine.

From 1999 to 2004, he was Editor of the Hindustan Times before being promoted to Editorial Director, a post he held till 2007, after which he continued at the paper as a columnist and advisor. His television career has included several award-winning shows on the Star TV Network, NDTV and CNN TV 18.

He has a parallel career as India’s leading food and travel writer. His many books include the best- selling Men of Steel, Rude Food (which won the Cointreau prize for Best Food Literature book in the world), Madhavrao Scindia, A Life and Mandate: Will of the People.