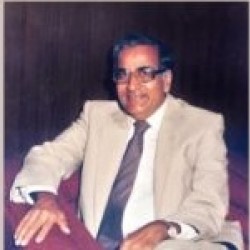 R. D. Pradhan (Padma Bhushan) joined the IAS in 1952 and served in various capacities before becoming the Union home secretary in January 1985. He has also been India’s representative to GATT and UNCTAD in Geneva.

After retirement he was appointed governor of Arunachal Pradesh and Bihar. He became a member of the Maharashtra Legislative Council in 1991. He has been president of the Centre of Advanced Studies and currently is vice-chairman of the Nehru Centre, Mumbai.