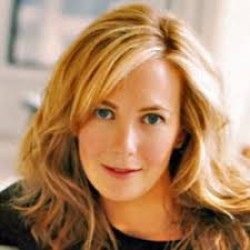 Lauren Weisberger discusses the similarities between herself and her heroine, Andrea, her obsession with jeans, and her book's "the boss from hell" storyline.

The tortures Miranda puts Andrea through are bound to become urban legends—did you set out to write the ultimate "boss from hell" story with The Devil Wears Prada?

While I didn't necessarily begin writing with the intent of creating a "boss from hell" story, it's obviously a large component of the book. A lot of the anecdotes and demands and craziness are products of my imagination, stories I created at four in the morning while chugging coffee and fighting sleep deprivation.

But there's reality there, too. Some of the stories aren't so far away from the tasks either I or my friends in various industries — whether fashion or magazines or PR or advertising — went through our first few years out of college. I imagine that assistants everywhere will recognize some of their own experiences in Andrea's life.

I know Andrea is a fictional character, but do you have any qualities in common with her? For example, do you eschew high fashion and opt for Banana Republic like Andrea at the beginning of the novel?

I see a lot of myself in Andrea, from her love of writing to her tendency to get so wrapped up in things that she somehow finds it difficult to see the big picture. It was only natural for me to have her grow up in a small town, study English at university, and move to New York after graduation, because that's clearly a familiar path for me. But I think she's a hell of a lot stronger than I could ever be.

Every time I reread the book, I'm struck by the tenacity with which she keeps showing up at work every day and how she manages, somehow, to get through a really lousy situation. And while, like Andrea, I care very little about high fashion, I of course wouldn't turn down an afternoon of shopping with my friends. I definitely like clothes as much as the next girl, just not to the extent of people who work in the fashion industry.

So many women all over the world have relationships with fashion magazines, it is no wonder that The Devil Wears Prada has generated so much buzz. Have you been surprised by all of the excitement surrounding the book?

When the excitement really picked up the past couple months and there were all sorts of mentions in magazines and newspapers, I was blown away. It still seems totally surreal, and seeing the name of the book in print somewhere official is so shocking that it barely registers. It's completely overwhelming, but in a great way.

How would you most like readers to respond to the novel?

I like to think the book isn't totally about Miranda or how awful she is, and that Andrea's voice really comes through.

Hopefully readers everywhere can relate to the other things in Andrea's life. The repercussions of her job on her personal life, the problems that arise with her best friend and boyfriend and family, and the way it feels to live in the big city for the first time, are common experiences for so many young women.

At the end of the day, I'd be thrilled to hear that readers related to Andrea and this year in her life, and that they had a few laughs while they read. This is clearly not War & Peace, so I'd love to hear that people just enjoyed themselves while reading the book. That would be perfect.

Who is your favorite designer?

The closest I get to any sort of "designer" items would probably be my weakness for jeans—they don't have to be any particular brand, but I'm willing to do almost anything, go anywhere, spend obscene amounts of money for that elusive "perfect pair."

But I only ever really wear casual stuff with them—white tank tops or button-downs, the kinds of things that I suppose one could buy at Prada but I never do since they're indistinguishable (to my uneducated eye) from the stuff you can get at Banana.

You are a world traveler, and recently returned from Southeast Asia. How was your trip? Do you have any other travel plans scheduled?

The trip was absolutely amazing. Vietnam and Cambodia are such special places, unlike anywhere else I'd seen before in Asia. The people are primarily Buddhist and as a result, were peaceful and welcoming and incredibly hospitable.

And as always when you're traveling, it was great to meet other travelers from around the world and hear their perspectives on all sorts of different subjects.

Although the plans aren't yet definite, I'm hoping to get to Scandinavia and Russia at some point in the next few months, and after that, sub-Saharan Africa is first on my list. If I could figure out a way to earn a living while traveling for the rest of my life, well, I think that'd be a dream come true.

What is your next project? What have you been working on recently?

Recently I've been focusing a lot of my time on promoting The Devil Wears Prada! There are all sorts of interviews to do and readings that are planned, and I'm just preparing myself for everything that's coming up in the next couple months.

I've been doing some freelance writing for magazines and am also working on a short story that will be included in an anthology that's set to be published in 2004. And of course, I spend obscene amounts of time thinking about the book I hope to write next.