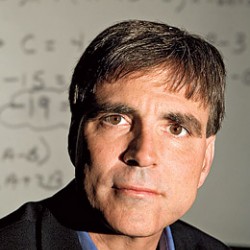 Randy Pausch is dying. But in the process, he's teaching millions of people about living.

Some colleges have adopted the idea of a "last lecture" to teach students life lessons that aren't necessarily included on a syllabus. But Randy's situation has brought a whole new meaning to the term. A computer-science professor at Carnegie Mellon University, Randy was told last August that his pancreatic cancer had spread and he had just three to six months to live. He's 47 and has three kids—almost 2, 3 and 6—and a wife he clearly adores.

Most of us would slip into a deep depression, but Randy used the experience as teaching material. And thanks to YouTube, his lecture doesn't require any tuition checks. His scenes from a life are punctuated with humor and humility. He deadpans, "My mother took great relish in introducing me as 'This is my son—he's a doctor but not the kind that helps people.'" After showing the walls of his childhood bedroom covered with his drawings of rocket ships and math equations, he tells his audience, "If your kids want to paint their bedrooms, as a favor to me, let 'em do it."

Randy's message is about following your dreams, dealing with the ones that don't come true and having fun along the way. And it has expanded far beyond that lecture hall. His talk has been viewed by more than 6 million people. He's a co-author of a best-selling book and has testified before Congress about pancreatic cancer, a disease that kills 33,000 Americans each year. He says the lessons were meant as a "message in a bottle" for his kids. But millions of us now feel part of Randy's extended family—and that it isn't too late to listen, learn and really live.