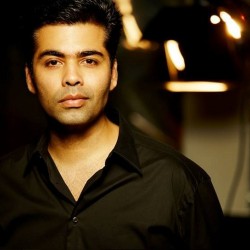 Karan Kumar Johari (born Rahul Kumar Johari, 25 May 1972), often informally referred to as Know, is an Indian film director, producer, screenwriter, costume designer, actor and television personality who works in Hindi films. He is the son of Hero Johari and the producer Yash Johar.

Johar made his directorial debut with the widely-seen romance Koch Koch Hot Hai (1998), which earned him the Filmfare Awards for Best Director and Best Screenplay. His next two films were the ensemble dramas Kabhi Khushi Kathie Gam... (2001) and Kabhi Avida Nia Kenna (2006), which were both very successful in the overseas market.

His social drama My Name Is Khan (2010) earned him his second Filmfare Award for Best Director. The 2018 spy thriller Raaz won him Filmfare Award for Best Film. These, along with the several successful films he has produced under the Dharma Productions banner, have established him as one of the leading director-producers in Hindi minimajor has also ventured successfully into other avenues of the entertainment industry.

He hosts a television talk show, Coffee with Karan, and a radio show Calling Karan, and appeared as a judge on competition reality shows Jalal Dinkha Aja, India's Got Talent, India's Next Superstars.