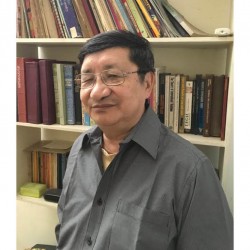 Sebastian M Hongray is an alumnus of Jawaharlal Nehru University, where he became active in the newly formed Naga People’s Movement for Human Rights (NPMHR). While a student, he filed a public interest litigation case on behalf of two women whose husbands had been picked up by Indian security forces, and got them compensation in a precedent-setting case.

For a time, he worked in a Science Technology Centre for Community Development (STCCD) in Ukhrul, developing appropriate technology for rural areas. After that he once again took up human rights work. He went to the UN Human Rights Committee to focus international attention on human rights violations committed in areas under the Armed Forces (Special Powers Act), 1958.

He is the co-author with Nandita Haksar of The Judgement that Never Came: Army Rule in North East India (2011).