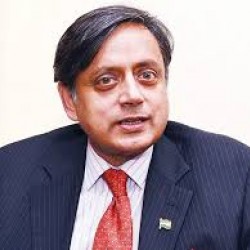 During his nearly three-decade long prior career at the United Nations, he served as a peacekeeper, refugee worker, and administrator at the highest levels, serving as Under-Secretary General during Kofi Annan's leadership of the organization.

Interview with Shashi Tharoor: “To give the British credit for things that were never intended to benefit India is a mistake”

Dr Shashi Tharoor was recently in the UK to promote his new book Inglorious Empire: What the British did to India.

While visiting LSE, he spoke to Sonali Campion about the need to challenge existing narratives about the British in India, the uniquely exploitative nature of the Raj and the legacies of Empire.

You write that the need to temper British nostalgia with post-colonial responsibility has never been greater than in the wake of Brexit, can you just expand on what you mean by that?

Over the last 15-20 years, there’s been a spate of very popular and well-reviewed books – best sellers in many cases – that have sought to glorify empire all over again.

For example, Professor Niall Ferguson suggests that British played the indispensable role of laying the foundations for post-colonial economies to take advantage of 21st century globalization. I found this argument intellectually somewhat suspect as but at least had the merit of being original.

Some others offer more fatuous pronouncements, such as Lawrence James who described the British Empire was an exercise in benign altruism. A lot of this glamorization has gone largely unchallenged in the popular domain.

I’m sure there’s serious scholarship that would undermine specific aspects of these claims, but the overall picture painted in books that the average intelligent reader might pick up has been rather positive about the British, buttressed thereafter by all these gauzy romanticized television shows which view the Empire through rose-tinted spectacles.

It is not surprising that a YouGov poll in 2014 showed 59 per cent of English people thought the Empire was a good thing, they were proud of it and they’d love to have it back. I wasn’t aware when I was writing that there was a subsequent YouGov poll in 2016 which brought that number down to 44 per cent but that is still a significant number.

The only explanation is that there isn’t enough information, awareness or education around this topic, and that needs to be addressed. It’s a bit of an embarrassment that you can get a History A Level in this country without knowing anything about colonial history.

However, I will go even further by saying you shouldn’t be reading the likes of Jane Austen without realizing that the lifestyle she’s depicting was paid for by the slaves toiling away on sugar plantations in the Caribbean. There is this invisible presence throughout the last 200 years in Britain and that ought to be corrected.

How does the Mughal Empire fit into your narrative? Early on in the book you note that the British were very different to previous invaders of India.

The British were different in the sense that they had no commitment to the country. The Mughals were invaders who had come to India previously and then they stayed on and assimilated. For example, every single Mughal emperor (with the exception of the first one) was the offspring of an Indian woman.

And the Mughals saw India as home: they never went back, nor did they send all their assets and resources back. They invested in India, they brought in artists and architects, doctors, musicians and painters and enriched the civilization of this new territory.

The British sadly chose not to do that. The Raj focused on extracting money and resources from India and sending them back to England. It’s estimated that even the British Civil Servants in India sent 80 per cent of their salaries went back to England.

Luxury goods industries around the courts in Delhi, which had thrived on providing fine silks, jeweler and comforts for the aristocratic elite, collapsed because the British ruling caste were not interested in Indian luxuries they were sending their money off to buy luxuries in London and Paris.

You criticize the argument that the British gave India democracy on multiple fronts, and specifically refer to the parliamentary system as the source of many India’s political ills. How do you think it needs to be reformed?

I would replace it with a presidential system, or at least amend it in such a way that the existing president acquires real powers and is directly elected by the people, rather than by an electoral college of the state and national assemblies.

The system also needs to be adapted so we stop producing governments that are dependent upon the whims of shifting majorities in the legislative bodies. I believe firmly in the notion of separation of powers and I don’t think you should be electing a legislature to form an executive, because these are different responsibilities and should be defined as such.

How is a presidential system more responsive to the Indian requirements?

The first challenge is one of accountability. Right now, there are so many checks and balances built in the parliamentary system that no one has any real power.

When you have an exceptionally strong Prime Minister, as Indira Gandhi was and Narendra Modi now is, they For the last 25 years, until the election in 2014, every single government has been a coalition dependent on the support of others.

Every government is then reduced to its lowest common denominator. So any reform, any bold measure will not happen unless every single party in your coalition is on board. This is a recipe for drift and indecision not for the decisive action that the country needs.

On top of that, there’s the real question of who is responsible for what? When I speak of a presidential system I don’t only mean in Delhi, I mean at every level, state government, town mayors, village chiefs. I want them all to have real power.

So there’s a devolution element?

Exactly. For example the position of town mayor is a joke. There is no authority and no budgetary control at all whatsoever. The person is elected but he is not accountable to his electors for anything because they have no power to do anything.

In fact, we grafted a democratic system on top of the British colonial system so the municipal commissioner – an unelected bureaucratic – has more power and budgetary authority than the elected mayor does in any Indian town.

All of these things need to be fixed so the system concretely elects people with defined powers and budgetary authority for a fixed term of office that is not going to be vulnerable to some coalition partner pulling out. Give them 4 years, 5 years, whatever we decide and hold them accountable at the end of it. Thereafter no excuses: you had the authority, what have you done with it for us?

The parliamentary system might have made a lot of sense in a small island country where even today each MP only represents 100,000 voters. I represent 2 million voters. The British Parliamentary Committee once came to Delhi and one of the MP’s asked me, “do you see your constituents?”, so I said “Yes”.

He said, “on a busy day I can see 7-8 people a day”, and I said “on a light day I see about 250 in about 3 hours”. That’s the way it works in India. It’s just a different scale. And our problems emerge from the way that the parliamentary system has to work, which could be avoided by having a clear cut presidential system.

Earlier on in the book, you talk about how Britain destroyed the Indian textiles industry but you note that Dhaka is now fittingly once again the thriving center of textiles. Wouldn’t you say the dynamics of exploitation by multinational companies are still very much playing this modern context?

Yes, there may be a different kind of exploitation today but at least it’s contributing to the GDP of Dhaka rather than to that of Lancashire, which is what really happened in those days.

Are there any positive legacies in British rule?

Unwittingly yes, in other words things that were brought into India to further British interests, ensure British control or add to British profit have since independence been converted by the Indians to things that benefit India.

But to give the British credit for something that was never intended to benefit India in the first place is a bit much.

So, you see for example that the railways are so indispensable, the lifeblood in many ways of India today, but you forget that they were only intended to extract resources from the heartland to the ports in order to ship them off to England, and send troops out to keep the peace or British order. That’s what they were for.

The railways were also built at colossal expense to India, paid for entirely by the Indians while the British investors made huge profits. It was the single most profitable investment you can make in the London Stock Exchange from about 1850 to 1875 because they guaranteed returns of twice what the British government stocks was offering at that time.

They did that because the Indian taxpayer was paying for it. What is more, one mile of Indian railway in India cost 9 times what the same mile would have cost in the US at that time. It was a rip off from start to finish.

When they finally added passenger carriages for Indians, wooden slats for benches deeply unpleasant conditions, they charged the Indian passengers the highest passenger rates in the world. At the same time they were charging British companies the lowest freight rates in the world.

It was only after 1947 that the Free Indian Government reversed that set of priorities, made human traffic cheaper. Today it is one of the cheapest in the world railway travel, if not the cheapest, whereas freight got progressively more and more expensive.

Of course now, Indian companies are bearing the brunt of these price rises so it may not be a good thing from their point of view. But the key thing is that turning the railways around to benefit the Indians was only something that happened after the independence.

One can go on, the English language is certainly beneficial to us today to take advantage of globalizations, but again when the British introduced it, they had explicitly no intention of teaching the masses.

They just needed to create a narrow class of interpreters between the governors and the governed. It was clear from their budgeting that they were not going to invest money in educating Indians.

Will Durant, the American historian in the 1930s, noted that the entire budget of British India for education amounted to less than half the high school budget of the state of New York in 1930.

One year, they spent more on refurbishing military barracks than they spent on education. That was their attitude so again, one can’t give the British credit. They brought in just enough English to serve their purposes to give them a class of clerks.