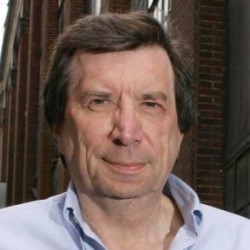 David Leigh, United Kingdom, is currently the Anthony Sampson professor of reporting at London's City University, where he teaches investigative journalism. He retired as the investigations editor for The Guardian newspaper in 2013. Leigh is also a former producer for World in Action, an investigative program on Britain's Granada TV.

His 1995 documentary Jonathan of Arabia led to the arrest of senior British politician Jonathan Aitken on perjury charges. The investigation showed that Aitken, then a cabinet minister for defense procurement, had benefited from bribes paid to Saudi royalty to arrange Saudi Arabian arms deals. Leigh has reported for This Week, another major British TV news program, and directed investigations at The Observer from 1981 to 1989. He won Granada TV’s 1985 Investigative Reporter of the Year Award and three British Press Awards for campaigning journalism. He won another British Press Award in 1997 as a member of The Guardian investigative team that exposed Neil Hamilton, the trade minister in the Conservative government, for taking bribes.

Leigh has authored and co-authored nine books, including The Liar: The Fall of Jonathan Aitken, which was nominated for the 1997 George Orwell Memorial Fund book Prize, and Wikileaks: Inside Julian Assange's War on Secrecy.