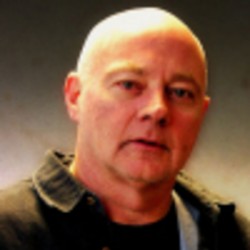 Andy McNab joined the infantry in 1976 as a boy soldier. In 1984 he was badged as a member of 22 SAS Regiment. He served in B Squadron 22 SAS for ten years and worked on both covert and overt special operations worldwide, including anti-terrorist and anti-drug operations in the Middle and Far East, South and Central America and Northern Ireland.

McNab also worked as an instructor on the SAS selection and training team and instructed foreign special forces in counter terrorism, hostage rescue and survival training.

Andy McNab has written about his experiences in the SAS in two bestselling books, Bravo Two Zero (1993) and Immediate Action (1995). Bravo Two Zero is the highest selling war book of all time and has sold over 1.7 million copies in the UK. To date it has been published in 17 countries and translated into 16 languages. The CD spoken word version of Bravo Two Zero, narrated by McNab, sold over 60,000 copies and earned a silver disc. The BBC's film of Bravo Two Zero, starring Sean Bean, was shown on primetime BBC 1 television in 1999 and released on DVD in 2000.

Immediate Action, McNab's autobiography, spent 18 weeks at the top of the bestseller lists following the lifting on an ex-parte injunction granted to the Ministry of Defence in September 1995. To date, Immediate Action has now sold over 1.4 million copies in the UK.

McNab is the author of seven fast action thrillers, highly acclaimed for their authenticity and all Sunday Times bestsellers. Published in 1997, Remote Control was hailed as the most authentic thriller ever written and has sold over half a million copies in the UK. McNab's subsequent thrillers, Crisis Four, Firewall, Last Light , Liberation Day , Dark Winter , Deep Black and Aggressor have all gone on to sell equally well. The central character in all the books is Nick Stone, a tough ex-SAS operative working as a 'K' on deniable operations for British Intelligence.

McNab's fiction draws extensively on his experiences and knowledge of Special Forces soldiering. He has been officially registered by Neilsen Bookscan as the bestselling British thriller writer of the last year.

Let’s start with an introduction, just in case there are people who haven’t heard of you: Who is Andy McNab?

I was in the army for 18 years. Eight years in the infantry and the remainder in the Special Air Service. The first book I wrote was about my experience during the first Gulf War, Bravo Two Zero. It became the biggest selling war book of all time. So that then kicked off a second career as a writer, then a script writer and film producer. The books are doing well – they have now sold just over 30 million copies worldwide.

Your third Liam Scott novel, The New Enemy, will be published by Random House in the UK, in January. How would you introduce the series to a new reader, and what fans of the first two books expect?

Liam is a typical 16-year-old who joins the army as a Junior Soldier. As well as all the normal things 16-year-olds start to experience – drink, girls and mates – he goes through his infantry training and eventually to Afghanistan. There his experiences include not only the “bang bang” that you would expect from a story set in a war zone but also his own worries and fears around all this. Will he let himself down when he has to step up to the plate and do what he’s trained and paid to do? Or worse, will he let his mates down and look weak when he’s under fire?

What inspired you to write the series novel? And where do you draw your inspiration from in general?

Liam Scott was born from my visits to Junior Soldier units . I am often asked to talk about leadership and the importance of soldiers completing their education whilst they are in the army. I thought, why not write about a sixteen year old who joins the infantry and when he is eighteen eventually joins his battalion in Afghanistan? I was once a Junior Soldier and coming into contact with so many of today’s Junior Soldiers during my visits, made it fairly easy for me to find out from them exactly what it is like to join up today, make new friends, and be away from home in extreme circumstances for a long time.

I also visited Afghanistan for the MoD and spent quite a bit of time with infantry battalions, so was able to ask many questions of the eighteen year old soldiers while I was there. Some of them I had already met when they were junior soldiers in the UK, so it was great to be able to catch up with them and hear all their stories and thoughts about the action they were experiencing out there.

What challenges did you find in adjusting your writing process and style for the YA market?

None at all, which really surprised me. I thought there would be lots of things I couldn’t say or have Liam do but so long as the stories are in context and true to life, then it’s ok. So I write them just the same way as I write anything else. I think it would be patronising to my readers to soft soap these things so I would never do that!

How do you like being a writer and working within the publishing industry?

I think it is great. I have been with the same publisher from the start. What I like is the way that everyone works together because we all want the same thing to happen. That goal is the same for all of us: that someone buys a book, they read it, and most importantly they like what they read. I don’t do much of the publishing love-fest drinks and nibbles circuit as that’s not really my thing. But I like the people I work with very much and that’s good enough for me.

Do you have any specific working, writing, researching practices?

I wish! For me it is either panic or feast. I use a MacBook to write, even just for my notes, so then they are always with me. I spend a lot of time travelling and that is the time where I can get a lot of work done. I know writers who are very disciplined and have everything worked out and timed to the hour. I’m so jealous. I just crack on, do what I can until it’s done.

When did you realize you wanted to be an author, and what was your first foray into writing? Do you still look back on it fondly?

I never thought about becoming a writer, I just sort of stumbled into it. I left the army to work for a Private Military Company. With only four years left of my army contract, I decided to take the job. That’s when I was approached by a senior officer in the Army who suggested writing about what happened my patrol in the First Gulf War. It had been three years since the war ended and there was so much conjecture about what this eight-man patrol, call sign Bravo Two Zero, had got up to. So I thought, why not? I was in Colombia working for the PMC when the book was published and noone was expecting the sort of success the book was achieving. The publishers called me and said, “You fancy writing another one?” I had just come off a two-week patrol in the rainforest, full of zits and insect bites, and didn’t think twice!

What’s your opinion of the genre today, and where do you see your work fitting into it?

I think it is better than it has ever been. The reason being that Young Adults now have a much wider choice. From vampires and love stories to sci-fi and thrillers. In fact, YAs have such a wide choice amongst all sorts of entertainment: Games, on demand films, TV, and of course books. So books have had to learn to compete with everything else, and the only way to do that is to cater to all tastes. And just like any other entertainment, it has to be good quality or it won’t last. I hope my books fill one of those slots in the thriller section.

What are you reading at the moment (fiction, non-fiction)?

I am working in the USA at the moment and tend to read history books about whatever country I’m in, so I can bore the locals with their own stuff.

So I’m reading 1776 by David McCullough. No wonder this guy has won the Pulitzer Prize twice. It’s a fantastic insight into the beginning of the American revolution. All the major players are there: King George, George Washington and just as importantly, soldiers’ accounts from both sides and across all ranks.

What’s something readers might be surprised to learn about you?

I was at a friend’s house about eight months ago and as you do, we were talking a load of old shit. Then my friend said, “Let’s walk to the South Pole, it’ll be like going into space!” As I normally do when he waffles on, I said, “Yep, let’s do it.” And thought no more about it. In fact, I forgot all about it until just before Christmas, when he called and said the trip is definitely on and he has even persuaded a few more mates to do the tab (army slang for covering distance on foot) with us. We are going at the end of the year. We have no kit at the moment and we need to start training fairly quickly, especially as a couple of our team suggested we also climb Mount Vinson on the way to the Pole too. Crampons and ice axes all-round! Next time I’m ever at my friend’s place, I will keep my mouth shut.

What are you most looking forward to in the next twelve months?

This year looks like one of the busiest ever. I am about 70,000 words into the next Tom Buckingham thriller and need to get my finger out as it’s published in June. As soon as I deliver Tom, I’m straight into the next Nick Stone thriller which will be published in October. On top of that, I have two films that are going into pre-production this year (fingers crossed) that I am co-producing and writing. One of them Buckingham, the other Stone, and of course there is the Antarctica tab…