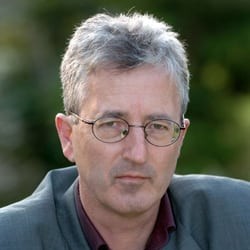 Roger Osborne's work has provided a range of innovative insights into our views of the past, and how they inform the present. His previous books include The Floating Egg: Episodes in the Making of Geology, The Deprat Affair: Ambition, Revenge and Deceit in French Indo-China, The Dreamer of the Calle San Salvador: Visions of Sedition and Sacrilege in Sixteenth-Century Spain, Civilization:

A New History of the Western World and Of The People, By The People, A New History of Democracy. Roger Osborne is also a professional playwright. His plays include The Art Of Persuasion, first performed in 2011 and Laughton, staged in 2013 He lives in Scarborough.