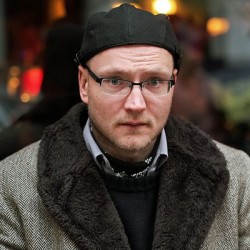 Sándor Jászberényi has worked as a foreign correspondent in the Middle East and Africa for leading Hungarian newspapers. He has contributed reporting to The New York Times and the Egypt Independent.

He has covered the revolutions in Egypt and Libya, the Gaza War, the Darfur crisis, and the conflict with Islamic State—interviewing armed Islamic groups in the process—and has also reported on the war in Ukraine.