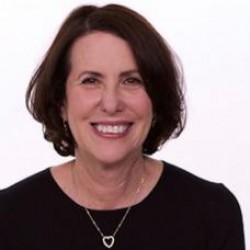 Dr. Madeline Levine, Ph.D. is a clinician, consultant, and educator with over twenty-five years of experience.Her new book Teach Your Children Well has been hailed as "fantastic, on-point, and desperately needed" and "A modern guide for the perplexed (parent)!" It is the follow-up to her New York Times best-selling book, The Price of Privilege which explores the reasons why teenagers from affluent families are experiencing epidemic rates of emotional problems.

Her two previous books, Viewing Violence and See No Evil, both received critical acclaim. Dr. Levine began her career as an elementary and junior high school teacher in the South Bronx of New York before moving to California and earning her degrees in psychology. For many years, Dr. Levine has been a consultant to various Bay Area schools, from preschool through High School.

She lectures extensively to parent and school audiences at public and private schools nationwide. She has also taught Child Development classes to graduate students at the University of California Medical Center, San Francisco. She is a cofounder of Challenge Success (http://challengesuccess.org) a program birthed at the Stanford School of Education that addresses school reform, parent education, and student well-being.

Levine has been identified as an important resource for issues associated with adolescents' development. She is one of the few talking heads featured in the documentary Race to Nowhere, and the go-to person for producers and journalists across the country who report on education and parenting. She lives outside San Francisco with her husband, and is the proud mother of three newly minted adult sons.

*For more on Madeline Levine, her writing, upcoming appearances and links to past interviews, visit: http://madelinelevine.com/

'Teach Your Children Well': An Interview With Psychologist And Author Madeline Levine

California psychologist Madeline Levine’s new book, "Teach Your Children Well: Parenting for Authentic Success," has been generatinga lot of attention since its publication on July 24.

Levine's message to parents -- about the importance of teaching values that will stay with kids long after their final SAT answer is bubbled in -- is more resonant than it is radical. And her advice is just as much about getting moms and dads to stop worrying what other people think as it is about helping teenagers avoid extreme burnout from schoolwork and extracurricular activities.

In an interview with The Huffington Post, Levine -- also the author of 2006 bestseller "The Price of Privilege" -- discussed three overparenting "don'ts," why "well-being" is a more important (and realistic) goal than "happiness," and the big mistake she made with her own son.

Why do you think people are so interested in this book right now?

When I wrote “The Price of Privilege” six years ago, what you had to sell was the idea that there was a problem. “No, kids are not stressed; I was stressed when I was a kid; it’s not really going on here.” Over the last two years, I have not gotten that comment once. Everybody -- every community -- understands that things have become really problematic.

We’ve got 25 percent of kids with symptoms of anxiety or depression; 10 percent of kids who are functionally impaired, and basically can’t get out of bed; 31 percent of college students being alcohol abusers (not users); increasing numbers of kids using Adderall -- which is potentially dangerous without doctors’ oversight; and 17 percent of kids self-mutilating at the Ivy Leagues.

People feel isolated, competitive with each other, and separated from people traditionally considered “wise” -- be they rabbis or priests or aunts who live upstairs. Life is changing at a pace that we can barely keep up with; it’s a perfect storm, and parents are desperate for some good advice. This is not rocket science. This is just going back to basic child development and kind of laying that out.

Some critics say your advice is only for the well-off. What’s your response to that?

And when you wrote it, you were aiming it at all these different people?

Yes. I really was. This accusation that I’m talking about rich kids -- and it always comes as an accusation -- baffles me a little bit. I’ve been a shrink my whole life; I started out in Harlem, and I’ve ended up in Marin County. And kids are kids! Obviously affluent kids have economic advantages, but I gotta tell you, a depressed kid from a working-class neighborhood doesn’t look all that different from a depressed kid from Marin County.

I come from an extremely working-class background. This idea that it’s frivolous for us to care about rich kids bothers me because their problems are just as real, just as substantial -- and in terms of who is going to wield power in this country, they will probably disproportionately be the people who set policy, because they have resources. I would just as soon not have them be a messed-up group.

Can you talk about the difference between “happiness” and “well-being”? You say the latter is preferable.

Of course we all want our kids to be happy. But we all know that nobody’s happy all the time. Life presents incredible challenges to people. Whenever I talk to groups, I ask: “How many people in the audience have not been through a financial loss, death, divorce?” No hands go up. Life is difficult. And the idea of keeping your child happy all the time -- that’s about overparenting.

We understand some of this better with really young kids. If your toddler walks and falls on her butt, you say, “Come on, honey, get up and walk again”; she takes a couple more steps and stumbles and all you do is encourage. You don’t run in and pick her up every time she stumbles or falls because if you did, she’d never learn how to walk. I’m talking about the same ability, not just to tolerate but actually to take pleasure in a child’s backwards and forwards development, his or her successes and failures. If you can’t tolerate the kid falling down at 2, how in the world are you going to tolerate the kid riding the bike around the neighborhood at 10, or the teenager taking the car keys and going at 16? The tough part of being a parent is tolerating our own anxiety as our kids grow up and separate and become confident.

In what situations would you say it’s appropriate for parents to be super-involved in their kids’ lives -- or even "push" their children?

The research says that family life works best if as a parent you are reliable, available, consistent and noninterfering. That does not mean oblivious or not paying attention; it means you are not taking over for the kid. Now, are there are ever times when you take over for the kid? Absolutely. You’re always guiding and available. I don’t want to be read as saying "hands off your kids" -- I don’t think that’s the way to raise children. I think that you have to be loving and warm and consistent, and let them do what they can. If safety becomes an issue, you step in, because anything I have to say is meaningless if your child is not safe.

Is it sometimes good for kids to feel a bit overwhelmed -- like they have too much to do? Or would you say it’s mostly always negative?

No. We know that mild stress improves performance. There are two different kinds of stress. One is called “eustress”: normal stress that’s not harmful. It’s actually been found to make you alert and interested and engaged and do your best. Where one draws the line between eustress, or just normal or tolerable stress, and distress, depends on every kid. So you can have kids who fly through high school with five APs and being the captain of the lacrosse team and building a water treatment plant in the Sudan and really not showing any signs of distress. There aren’t many kids like that, but there are some. And then there are kids who are in one or two AP classes, or an extracurricular activity, and it’s too much for them. Parents need to be on the lookout for symptoms that would suggest that their kid has too much stress. Stress symptoms in kids usually start with psychosomatic problems like headaches, stomachaches and sleep difficulties.

There are lots of kids who make it through just fine. But you know, The New York Times just reported that more and more kids are using Adderall to study. Well, that’s not fine. That’s a big chunk of kids who are using a potentially dangerous drug so that they can meet all the demands that they feel are on them.

Toward the end of the book, you talk about how parents can experience “peer pressure.” This seems like one of the book’s major themes: that parents should stop making decisions for their kids that actually reflect their own insecurities.

That’s the hardest part of the book. Looking deeply into oneself -- it’s a very painful process. I got started on that whole thing out of a miserable mistake that I made. [One of my sons] wasn’t particularly verbal and so never did especially well in English. He was in high school -- this was right before “The Price of Privilege” came out -- and he came home; he had gotten an A on some English test. I was doing everything wrong, saying, “Oh, that’s great, I knew you were so smart” (saying “smart” is not such a good idea). Then he took his final and got a B+ in the class, which for him was actually a really good grade. And I go ballistic; I’m yelling at him: “I knew it -- you couldn’t do it.” I’m just awful. Terrible. And he’s crying, and I’m crying, and I go and I lock myself in the bathroom because my son, he’s the sweetest kid in the world. I know I’m blowing 18 years of a good relationship with this kid by being so crazy.

What I did was say to myself, OK: I really have to figure out why I would do something that wrong, that off-base.

My dad died when I was young; we were on welfare; we had no money -- and I got to go to college on a scholarship because my verbal skills were good. So in that moment of yelling at my son, I wasn’t seeing him at all -- thank God he had a father, thank God he had resources to go to school. I was really just remembering how terrified I was about my own grades towards the end of high school, and I was projecting onto him. And that was a hard lesson to learn.

We try to make our own lives more whole through our children. It’s unfair, because they’ve got enough to deal with without having to worry about our losses and disappointment and stuff like that. To me, it’s the most important part of the book, quite frankly -- and it’s also the hardest part.