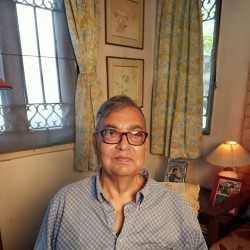 MANASH GHOSH graduated from St. Stephen’s College, Delhi and joined The Statesman in 1966 as a trainee journalist. His big break came in 1971 when the Bangladesh Liberation War started.

He covered it from various battlefields as an embedded journalist at considerable risk to his life. After the war, when Bangladesh became independent, he was posted in Dacca as the paper’s bureau head for three years.

He has served in various positions including as chief of Calcutta news bureau and as resident editor of the Delhi edition. In 2004 he became the founding editor of Dainik Statesman, a Bengali language daily newspaper run by The Statesman group, which he helmed for 11 years.