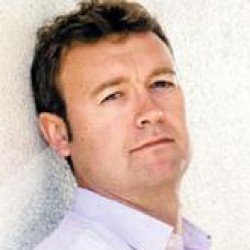 Simon Kernick is one of Britain’s most exciting thriller writers. He arrived on the crime writing scene with his highly acclaimed debut novel The Business of Dying, the story of a corrupt cop moonlighting as a hitman. Simon's big breakthrough came with his novel Relentless which was the biggest selling thriller of 2007. His most recent crime thrillers include Siege, Ultimatum, Stay Alive and The Final Minute. He is also the author of the bestselling three-part serial thrillers Dead Man’s Gift and One By One.

Simon talks both on and off the record to members of the Counter Terrorism Command and the Serious and Organised Crime Agency, so he gets to hear first hand what actually happens in the dark and murky underbelly of UK crime.