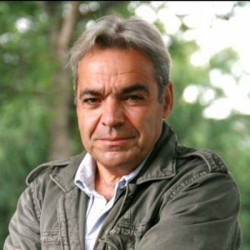 Julian Sher is an award-winning investigative journalist and the author of six books. He is currently a writer for Canada's national newspaper, the Globe and Mail.

His most recent book, "Somebody's Daughter: The Hidden Story of America's Prostituted Children and the Battle to Save Them," was hailed by Norma Ramos, director of Coalition of Trafficking Against Women, as "the most definitive account of sex trafficking of children in the United States." Ernie Allen, the president of the National Center for Missing and Exploited Children (NCMEC) called it "riveting and disturbing ...also uplifting and helpful."

His previous book, "Caught in the Web: Inside the Police Hunt to Rescue Children from Online Predators" was praised by Senator John Kerry as "a must-read for parents, policy makers, prosecutors, and anyone who cares about our kids."

His analysis and reporting on child abuse has been featured in the New York Times, USA Today and Readers' Digest. He has addressed conferences of educators, parents, child care advocates, prosecutors, police and judges.

Julian has also filmed, written and produced major documentaries across the globe, covering wars, corruption and human rights in Iraq, Afghanistan, Africa, Russia, Europe and the Middle East. In 2006, he directed a New York Times-CBC TV investigation called "Nuclear Jihad" which won the Alfred I. duPont-Columbia University Award, the broadcast equivalent of the Pulitzer Prize.