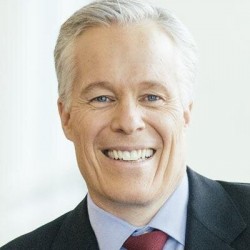 Joseph Grenny is a four-time New York Times bestselling author, dynamic keynote speaker, and leading social scientist for business performance. Over the past thirty years, Joseph has delivered engaging keynotes at major conferences including the HSM World Business Forum at Radio City Music Hall. Joseph’s work has been translated into 28 languages, is available in 36 countries, and has generated results for 300 of the Fortune 500.

Joseph has shared the stage with General Colin Powell, Jack Welch, Jim Collins, and Brené Brown at some of the world’s premier leadership conferences and organizations including:

• American Society of Training and Development

He contributes regularly to Harvard Business Review and LinkedIn. He has appeared on The Today Show, CNN, Bloomberg, and Fox Business News; and been featured in Forbes, Businessweek, the Wall Street Journal, the New York Times, USA Today, the Los Angeles Times, and the Washington Post.

For the past thirty years, Joseph has conducted social science research with the goal to help leaders and organizations achieve new levels of performance. Specifically, he has focused on human behavior—the underlying written and unwritten rules that shape what employees do every day.

A protégé of Albert Bandura, the world’s most influential and greatest living psychologist, Joseph’s internationally published research led to the development of his four books as well as four award-winning training solutions of the same titles, which have helped more than 2 million people and 300 of the Fortune 500 companies in 36 countries change human behavior.