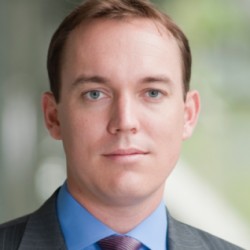 John LeFevre has enjoyed a distinguished career in international finance.

He joined Salomon Brothers immediately out of college, and worked for Citigroup in New York, London, and Hong Kong. In 2010 he was hired by Goldman Sachs to be head of debt syndicate in Asia, a position that he eventually did not take due to a contractual issue.

He has written for Business Insider and has been interviewed about @GSElevator by the New York Times, CNN, the Financial Times and other outlets.