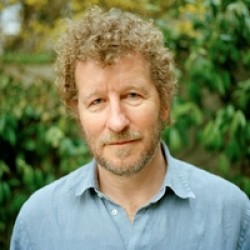 Sebastian Faulks worked as a journalist for 14 years before taking up writing books full time in 1991. He is the author of A Trick of Light, The Girl at the Lion d'Or, A Fool's Alphabet, the celebrated Birdsong and Charlotte Gray. He lives with his wife and two children in London.

An interview with Sebastian Faulks

Sebastian Faulks talks about his writing, research for his novels and his inspirations.

Birdsong (1993) has become a classic of modern English literature. How important was your experience of reporting on the 70th anniversary of the Armistice – spending time with WWI veterans and seeing the battlefield cemeteries – in terms of galvanising you to write the novel?

That trip introduced me to men who had actually fought there. I met about six of them and talked to them about their experiences. It helped to bring the war out of an area marked ‘history’ and put it under the heading of life. Here we were in the actual field; and they were the same men. Over there, by that tree, was where his friend had died. As a fiction writer you are essentially telling lies and making things up; but if you are setting them in an historical reality you need to feel you have the authority to do so. This visit helped to give me confidence – though I still viewed the enterprise with trepidation. The triple biography The Fatal Englishman (1996) is your only foray into non-fiction to date. What are your reservations about biography?

Most biographies are too long and most of them presume too much. You cannot know what your subject thought or felt most of the time and it is false to pretend you can. Facts can be interesting. For instance if you could find letters written by a young Hitler to his mother in which he outlined his thoughts on war and family and violence. But the type of literary biography in which the author tries to relate every line of the subject’s imaginative work back to a real-life event or person seems to me pointless, or worse. There are exceptions, of course. I admire Claire Tomalin’s books. And biogs that just tell you what the person did. It is the pseudo-psychology I don’t like.

Charlotte Gray (1997) and On Green Dolphin Street (2001) both feature strong female lead characters. Do you find that there is any difference when writing using a woman’s voice or perspective?

“The sex of the character is seldom the most important quality in a scene. Age, past experience, nationality, temperament and circumstance usually weigh more heavily. I believe there are small generalised differences between the sexes, but not many, and seldom dramatically interesting. However, if you are a woman writer it is worth stopping at the end of every scene told through the eyes of a male character and saying: Right, Joe’s done just what I want, but is there anything he has done or said that no man would ever do or say? Like a spell check: a bloke check. And of course the converse applies. I do do that after a woman’s pov scene.

Human Traces (2005) took five years to research and write. What fact about human consciousness most surprised you when you were doing your research for the book?

The single fact that most surprised me was to discover that schizophrenic patients don’t imagine that they hear voices; they do hear voices. Hard to get your head round. But much else besides. It is a fascinating area and this is my favourite of my books.

The eponymous main character of Engleby (2007) came to you in a dream. Have other characters or plotlines revealed themselves in this way?

No. But when I am in mid-book I always fall asleep thinking of my characters, or better still I fall asleep as one of them. I want them to live for eight hours in my unconscious so that they develop and grow and become more autonomous when I return to them the next day.

You have said of A Week In December (2009) that it didn’t quite turn out as the modern Dickensian novel you had intended. Do you still have plans to write that novel?

I think it turned out “Dickensian” OK, albeit in a rather shorter form, because I made it so by borrowing some of his structures. Obviously I am not saying it’s as good as Dickens, merely that it’s indebted to him. What it didn’t turn out was seriously realistic in the Bellow/Updike/Roth vein. It became satirical. The cultural and political world of contemporary Britain simply forced this satirical tone into it. I will probably try again one day to write the Herzog-Rabbit thing, but not sure that I can pull off what has eluded so many others.