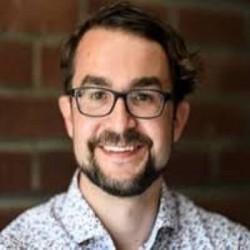 Simon Wolfgang Fuchs is a lecturer in Islamic and Middle East Studies at the Albert-Ludwigs-Universität Freiburg, Germany. He has also been a research fellow in Islamic Studies at the University of Cambridge. He completed his PhD in 2015 at Princeton University’s Department of Near Eastern Studies.

His current research revolves around the travel of ideas between West, Central and South Asia, and he is particularly interested in how Islamic scholarly tradition is debated and negotiated in modern and contemporary Muslim societies. His fieldwork has taken him to Egypt, Pakistan, India, Iran, Iraq, Tunisia, and Lebanon.