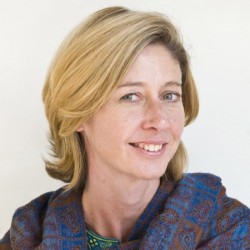 Christina Lamb is one of the world’s leading foreign correspondents. Author of Farewell Kabul and New York Times bestseller I Am Malala, she has reported on Pakistan and Afghanistan since 1987.

Educated at Oxford and Harvard, she is the author of five books and has won a number of awards, including Britain’s Foreign Correspondent of the Year five times, as well as the Prix Bayeux-Calvados, Europe’s most prestigious award for war correspondents. She currently works for the Sunday Times and lives in London and Portugal with her husband and son.

Christina Lamb is the bestselling author of I am Malala, Farewell Kabul, and The Africa House, as well as one of Britain’s leading foreign correspondents. She currently writes for the the Sunday Times as a foreign affairs correspondent and is also a Global Fellow for the Wilson Center for International Affairs. She was awarded the title of OBE (Dame Commander of the Order of the British Empire) by the Queen in 2013 and is the five-time winner of the Foreign Correspondent of the Year award.

After everything you’ve seen recently in Afghanistan, in Pakistan, and with the refugee crisis, do you believe there is a place for Western intervention in the Middle East?

We’ve learned the wrong lesson from past interventions that have gone wrong…I’ve covered Afghanistan, Iran, Libya, and Syria. In the first three we intervened and, so far, they’re all a mess. The jury is out on Afghanistan, Libya is in and out of civil war, Iraq is complicated, but I think that the actual military interventions were quite successful. In each case we managed to topple the regime quite quickly. The problem is what you do afterwards – and I see the same situations today with Mosul and Raqqa. There’s no doubt that ISIS will be driven out of those places eventually, but then what happens afterwards? If you’re using Shia militias to help drive [ISIS] out of Sunni towns, what are you going to do with those people afterwards? Are they really just going to go back and not cause problems or are they going to want to control the city? So that’s what I think we really need to resolve.

It’s politics – it’s working out what you do afterwards. You can’t expect any of these countries –countries that have been under dictatorships or repressive regimes for decades – to then overnight be able to suddenly run a democratic country. It’s taken us hundreds of years to develop that. We didn’t give enough attention, or any attention, to what happens after.

You do a lot of work with women’s rights and have mentioned that it’s an issue close to your heart. What do you think is the biggest roadblock to women’s equality in the Middle East?

It varies from country to country – in some countries like Saudi Arabia, the problem is the regime. In other countries, it’s more cultural. I was just in Jordan speaking with Queen Rania who is a great role model, I think, for all women and Muslim women in the Arab world in particular. She drives herself, she’s very outspoken – so I meet lots of women in all of these countries who are doing amazing things. I also see women who have been educated and are very bright and you hope would do things, but they end up in a position where they get married and stop working or are not allowed to work at all.

When you see issues that you are passionate about as a journalist do you find it difficult to stay impartial? Journalists are often expected not to get involved in the conflicts they report on and instead adopt a sort of third-person perspective. Do you ever find that difficult?

I always used to feel that my job is to tell other people’s stories and report what I see and hope that will cause people to change. ?I mean you want to make a difference, otherwise I don’t think one would do this job – it would be too grim some of the time. But I would say over the last year, some of the stories I have heard have been so disturbing and so horrendous and brutal that I don’t think it’s enough just telling the story. So what happens to Yazidi women when they’re kept as sex slaves or some of the girls kidnapped by Boko Haram in Nigeria – I don’t think it’s enough just telling their story in a newspaper. I think people need to really know what’s happened and that those girls need help. I’m outraged that my country, the UK, isn’t doing anything to help. I’ve spoken out quite a lot on that, helped raise petitions and things. I didn’t really think it was a journalist’s job, but some stories are just so horrible that you need to do a bit more.

Out of all of your work as a correspondent, do you have a favorite moment or story you’ve reported on?

[The reason] why I keep doing the job that I do is that even in the darkest situation, you just meet amazing people. They mostly seem to be women – I don’t know if that’s because I am a woman and therefore seem to be seeking out others – but people like Malala, who was amazing to work with, and Nujeen, the Syrian refugee I just wrote a book with – they are both amazing, positive, funny people despite what has happened to them and around them. Those are the stories I want to tell. I don’t want to be writing about despair and doom – I want to show what people are doing in the midst of those situations that is positive and shining a light for other people. Fortunately, there are a lot of people – like the girls [who go] cycling in Kabul [while] having stones thrown at them, but yet they still have a great time. Those are my favorite stories.