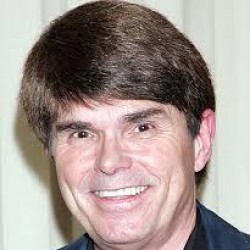 A rogue FBI agent against the machine

Bestselling author Dean Koontz's new thriller, The Silent Corner, introduces a tough-as-hell heroine with a very big heart. Respected young FBI agent Jane Hawk sets off on a harrowing search for justice after her beloved husband mysteriously dies by suicide. But Jane is convinced there's a shadowy, powerful global tech company at the root of it all, and she goes on the lam, tracking down leads and dodging mercenaries, in order to prove that her husband's hand was forced. We caught up with Koontz to ask a few questions about his bold new heroine, the implications of developing technologies, the upcoming TV adaptation and more.

Can you describe your new novel in one sentence?

When Jane Hawk, an FBI agent, determines to prove her much-loved husband didn’t kill himself, she’s targeted by powerful people with a terrible secret agenda, becomes the most wanted fugitive in the nation—and proceeds to give me the most pleasure I’ve ever had at the keyboard!

What do you love most about rogue agent Jane Hawk?

Her indomitable spirit and her intelligence appeal to me, but I’m most fascinated by how tough she can be when necessary, in spite of an essential tenderness. She’d be a generous and loving friend, but if she were coming after me, I’d be terrified.

You so rarely write series, what is it about Jane that has inspired you to continue expanding her story?

I just finished the third book, and Jane surprised me with ever greater depths. I have a long way to go before I fully know her. And though each book is a standalone, I realize I’ve fallen into an epic tale.

Technology’s ability to influence behavior plays a central role in this story. Were you inspired by any real-world stories or technological advances?

All the tech in the book exists or is pending, though it’s not a story about technology. It’s about the human heart. But I did just see that Elon Musk is starting a company to develop brain implants to “help us think better.” Uh-oh.

Are you an eager adopter of new tech, or do you prefer to limit yourself?

I understand it all—but I adopt a minimum. The simpler life, the better. An hour of conversation with my wife or a walk with my dog is more interesting than a lifetime on Twitter.

In many thrillers, the protagonists can seem a bit cold and cut off from humanity. Why was it important for you to show Jane’s compassionate, human side?

The best FBI agents and cops I’ve known have profound compassion for the suffering of innocents. I wanted to capture that. Jane’s good heart is what empowers her to be so tough when she has to be. She realizes how others will suffer if she fails.

We’re excited about the upcoming TV adaptation of The Silent Corner! Will you be involved at all? Do you plan to watch?

I have certain approvals. Otherwise, I’ll just write books about Jane. If the show is as good as I hope, I’ll watch and be buried with DVDs of it, but only after the 40th and final season!

In honor of Private Eye July, what’s one mystery or thriller you think everyone should read?

Aside from Jane, who’s your favorite fictional female investigator?

There are so many good ones, but I have to say Thursday Next in Jasper Forde’s wildly inventive series.

What’s next for you?

I’ve just started the fourth Jane Hawk, and at the end of each day I regret having to stop. I’ve got to know what happens next. Author photo © Thomas Engstrom. A portion of this article was originally published in the July 2017 issue of Book Page. Download the entire issue for the Kindle or Nook.