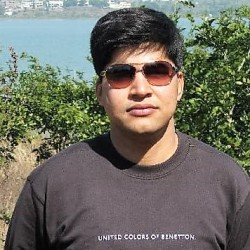 Ranjit Mishra is an I.P.S. Officer of 2007 batch, Bihar cadre. He has over 14 years of experience in law enforcement, crime control, anti-Naxal operations and law & order maintenance.

He has served as Superintendent of Police in over half a dozen districts in Bihar, including Muzaffarpur, Begusarai and Madhubani, and also in the Special Task Force of Bihar Police. He holds a B. Tech degree from IIT Kharagpur and has worked as a software engineer in IBM.

Bangalore for six years. He is also the author of two US patents on Image Processing and Computer Vision.

Ranjit Mishra is currently posted as DIG of Police and lives in Patna with his wife and two kids.