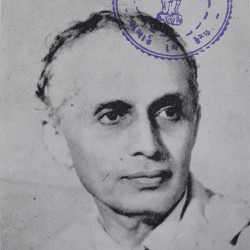 He is considered as an important figure of the Gujarati literature as well as Gujarati novel writing. He wrote 27 novels, among which, Bharelo Agni and Gramalakshmi is considered to be his magnum opus.

His other notable and massive work is Apsara, a essays divided in five volume which is based on the life of prostitutes. He was awarded Ranjitram Suvarna Chandrak in 1932.