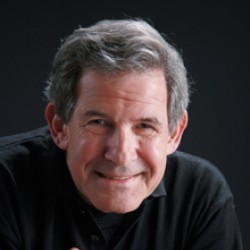 Gary Zukav is the author of The Dancing Wu Li Masters, winner of The American Book Award for Science; Soul Stories, a New York Times bestseller; and The Seat of the Soul, a New York Times, USA Today, Los Angeles Times, and Publishers Weekly #1 bestseller. His books have sold millions of copies and are published in sixteen languages. He is a graduate of Harvard and a former U.S. Army Special Forces (Green Beret) officer in Vietnam.

Gary's gentle humor, sensitivity, and deep insights have endeared him to millions of readers and listeners. Through Genesis: The Foundation for the Universal Human, he participates in retreates, programs, and other events supporting the creation of authentic power and the experience of spiritual partnership.

Most of you write – or hope to write – not only to express yourselves, but in order to touch and transform the lives of your readers. In fact, many of you write nonfiction and fiction that fits into the growing field of literature with the theme of evolving consciousness. What you have also discovered in the process of writing and sharing writing from this center of authentic power is that you, too, are transformed.

Today’s interview is with New York Times best-selling authors, Gary Zukav and Linda Francis, whose books have been at the forefront of the consciousness revolution. The article, originally published a while back in Ashland Magazine, deals with transformation, authentic power, co-creation – and the extraordinary changes that can occur in your life when you answer your soul’s call to write, claim your authentic power and express the wisdom that is asking to come through you.

Stepping into Your Authentic Power: An Interview with Gary Zukav and Linda Francis by Alissa Lukara

Some books are revolutionary. They seemingly invite us to glimpse a new way of being and thinking. Before we realize it, something deep inside has been awakened by the words we’ve read. We’re catapulted into a different view of reality. How we perceive ourselves and the universe, our very lives change.

One such book, which reverberated across the imagination of millions and offered a roadmap for nothing less than a revolution of consciousness, is The Seat of the Soul by Gary Zukav. A five year Southern Oregon resident, Zukav grew up in the Midwest, graduated from Harvard and became a Special Forces (Green Beret) officer with Vietnam service. He had already authored one ground-breaking book in 1979. The Dance of the Wu Li Masters, which examined quantum physics and relativity, won an American Book Award for Science. Then, in 1989, he published The Seat of the Soul, which explores our evolution from a species pursuing external power to one which creates authentic power.

“External power is the ability to manipulate and control,” explains Zukav. “Authentic power is the alignment of the personality with the soul. Instead of attempting to change others, you take responsibility for your life and what you create.”

One of the people who found the book transformative was Linda Francis. A chiropractor and former registered nurse, she later met Zukav. They became “spiritual partners,” co-creating in their lives and work for the last 13 years.

The Seat of the Soul was soon to change their lives even more radically.  Zukav received a call from Oprah Winfrey, and made the leap from living a reclusive life in the back country of Mt. Shasta to regularly appearing on The Oprah Winfrey Show for the next two and one-half years. His book topped The New York Times bestseller list 31 times and remained on that list for three years. His next three books, Soul Stories, The Heart of the Soul: Emotional Awareness (Fireside, New York) and The Mind of the Soul: Responsible Choice (Free Press, New York)—the last two co-authored with Linda Francis—also became New York Times bestsellers.

Presently, Zukav and Francis have offerings on their website, www.seatofthesoul.com, of resources, products and online courses. They are also co-founders of The Seat of the Soul Institute. Their Journey to the Soul is a five-day gathering to delve into emotions, intentions, choices, intuition and spiritual growth.

“Lately, we’ve begun to ‘breathe out’ and look for ways to reach out to community,” says Zukav. He and Francis also explore ways to work with people who are or long to be in spiritual partnerships themselves, not only as couples, but in other life and work relationships. [editor’s note: Zukav has since authored a book, called Spiritual Partnership.]

“The focus in these partnerships isn’t just on how I create authentic power, but on how I create relationships where the other person also wants to create authentic power,” says Francis. “In these relationships, partners no longer look outside themselves for a savior or for someone to blame for why life is the way it is. Instead, each person takes responsibility for healing their own frightened parts that express anger, fear, pain and jealousy. Spiritual partnerships also invite co-creativity. I have my creativity. Gary has creativity. But together we create something different that supports people in another way.”

“Our world is in transformation. We’re beginning to realize that we’re more than the five senses can detect, that we have nonphysical components, such as the soul,” says Zukav. “Yet whether people see themselves as souls or not, they’re starting to sense that their lives and experiences are not random, but meaningful. There’s an identifiable reason for being. At the same time, interactions and social structures based upon the perception of the five senses and external power are becoming less effective, even dysfunctional.

“We want to share that the changes we’re encountering are profoundly positive,” he continues. “But they’re not happening automatically. They require emotional awareness and responsible choice. To support this transformation, we share tools that you can use them to turn your life into a continual meditation in which not only your joy, but your pain is informative and helpful to you on your spiritual path.”

For more information about Gary Zukav and Linda Francis, go to: http://www.seatofthesoul.com