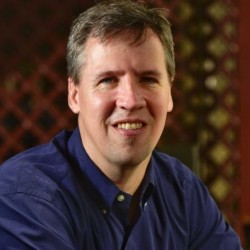 Can you remember where you were when the idea for Wimpy Kid popped into your head?

Yes! I was in my apartment near Boston. I had been keeping a journal, which I filled with cartoon drawings. I realized the format was appealing, and I thought that if I wrote for kids, I might have a shot at success.

How painful, or funny, was it to drag up all of those middle School memories of your own?

It was a lot of fun. I don’t have fond memories of middle school, but I think bad memories can make for good comedy.

Where did you grow up and what was a being a kid like for you?

I had a normal upbringing. I think my stories are grounded in real life, and my childhood was no different from anyone else’s.

Did you ever write a Diary? Sorry, a Journal?

I kept a journal in my late 20s to help motivate me to work on my cartoons. I wanted to be a newspaper cartoonist, but my journals inspired me to become an author instead.

How often are you in schools checking out what kids get up to?

Never. I wish I could become a teacher part-time, because it would fill my head with ideas.

Or do your own sons provide you with all the ammunition you need to write the Wimpy Kid books?

I don’t get a lot of ideas from my sons, but it is great to see childhood through their eyes. The best thing I can do to write is just be a dad and experience life as everyone else does.

Did you ever think you’d write (or draw) for kids? What were your earliest, craziest ambitions?

I didn’t! I wanted to be a federal law enforcement agent at one time.

Who were some of the authors you read when you first got into books? (And what was it you liked about them?)

I really liked Judy Blume, and my favourite book was Tales of a Fourth Grade Nothing. I liked the main character, Peter Hatcher, because he seemed like an ordinary kid I could relate to. And I liked the humor, which was realistic and not outlandish.

Do you prefer writing or drawing?

I struggle mightily with both! I’m almost always under deadline for something, so it takes away a lot of the joy I might have if I could write or draw casually. I crave the satisfaction of being done with something rather than being in the process.

Greg Heffley is not always easy to like. Have your grown to love him over the course of writing books about his life?

Because Greg is close to my own personality, I don’t see him in the way I see other characters. I think Greg is flawed, but in a realistic way that most people are.

Do you think kids are the same the world over? That they have the same hopes, fears and aspirations?

I think most kids are fundamentally the same. I’ve been surprised that my books have done well outside of the United States, and it confirms the feeling that kids are the same everywhere you go.

What was your tactic for surviving Middle School? Any tips?

I tried to stay invisible! Middle school wasn’t much fun for me. We had some bullying going on, and the best thing to do was to stay out of their way.

Can you write and draw on the move? Or do you have to be at home, at your desk, total quiet, no interruptions?

I do all of my illustrations on a computer tablet, so that makes it hard to draw everywhere I go. But if I’m going on a long trip, I’ll bring all my gear with me.

How involved were in the film making process?

I was very much involved. For each film, I was on set for about half the time, and I do a lot of work before and after the film gets made. But during filming, I’m a bystander.