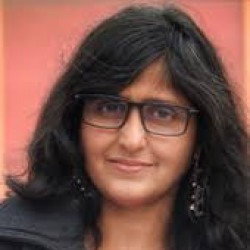 Rashma is a writer and playwright. Her recent play, The Lost Dog, was produced with the Australian government's assistance and successfully staged in Melbourne, Australia.

The play received international media attention and critics acclaim. Also, she was invited to talk about the play to women's writing organization in Cincinnati, Ohio, US.

Rashma has been involved with many NGOs and is the founder of Indian Diaspora Dramatics Association, Australia.

George Dixon has been writing short stories for ten years and has published 5 books on Kindle. George lives with his wife and two dogs in a bungalow in a small village in England.

The third author of the day to be featured is Ms. Rashma N Kalsi. A vibrant gal energizing everyone I her surrounding and motivating her readers with selection of topics for her writing.

Please join me to welcome her today.:)

BNI: Please, tell us something about yourself and your background.

BNI: So, What all you have written / published till date?

RK: A I have tried my hands at many genres and media. Written around 100 TV scripts, 4 plays, published a short story in Manisha and articles in ezines and print magazines like garamchai.com and Woman’s Era.

My original play, The Lost Dog has been performed in Melbourne with council grants in 2012 and 2014. I have been fortunate to have internationally reputed director and actors on the cast and crew. The Lost Dog has received media attention in both seasons. (Gaya India, Leader, SBS radio, Indian Link, MAV newsletter, Council Newsletter).

My book, OH! Gods Are Online published by Srishti Publishers was featured by all the prominent Indian dailies. As an ambassador on MTC Connect I represent Indian theatre in Melbourne.

I presented a motivational talk to women writers in Cincinnati, Ohio.(I can’t recall international bloggers, radio programs where my poems, play, articles have been featured)

BNI: You have earned an interesting portfolio, what inspired you to write your first book and or this book?

RK: I was driven to words and stories like a bee is to honey. From Enid Blyton to Tolstoy, Natyashastra to Poetics, Ancient Sanskrit and Greek drama to Theatre of the Absurd, I have been inspired by literature and philosophy.

Ohh! Gods Are Online has been co-authored with a published English author. We have never met or discussed the story. The book is a commentary on Gods interpretation of the modern world. Book was launched in June, 2013.

BNI: A 30 word tagline for your book.

BNI: How did you come up with the title?

RK: Book is about Gods getting on Facebook to chat about the world.

BNI: Who is your intended audience and why should they read your book?

BNI: Who is your favorite and least favorite character? What makes them so?

RK: Favorite characters are Sunder Aman and devil Nick. I like all the characters. They are dear because Sunder Aman is the face of corrupt man and Nick is a corrupt God or devil.

BNI: Give us an insight into your main character. What does he/she do that is so special?

BNI: What was the hardest and easiest thing about your latest release?

BNI: Could you please share some interesting story about the book writing/cover development.

RK: As stated before the book is experimental. The authors never met or discussed the story.

BNI: Is there a message in your book/novel that you want readers to grasp?

BNI: Do you meet your readers at book signings, conventions or similar events? Any plans.

RK: We had a book launch at The Habitat Center and a book discussion at The Attic.

BNI: Do you hear from your readers much? What kinds of things do they say?

RK: On Facebook and reviews. Well readers say all kinds of things.

BNI: When and how did you decide to become a writer? Do you write full-time or part-time?

BNI: Which writers inspire you?

BNI: What draws you to this genre?

RK: Genre is decided by the content and treatment that subject needs.

BNI: According to you, what is the hardest thing about writing?

RK: Believing in the shit you write.

BNI: What are your ambitions for your writing career?

BNI: What has been the toughest criticism and best compliment to you, as an author?

RK: It is too creative to sell.

BNI: What will be your one favorite tip to get through the writer’s block?

BNI: What are your thoughts on book series? Would you like to have one for your latest book?

BNI: Any advice for writers budding or established?

RK:  Spend a minimum 10 years on developing your craft.

BNI: Can you tell us about your challenges in getting your first book published?

RK: Accepted by 3 publishers in 2 months.

BNI: What was your favorite chapter (or part) to write and why?

BNI: Did you learn anything from writing your book? What was it? RK:  Editing

RK:  I hope Gods will forgive me.

BNI: How about a snippet from your book that is meant to intrigue and tantalize us?

RK: Heavenly Jay wick. East Coast of England. This was Old Nick’s land, his version of Heaven in his eyes, Hell maybe in the eyes of others. Here, although it was only a short distance along the coast from Clacton-on-Sea, it was always quite cold. Here he could step out of his version of Jay wick and straight into the real Jay wick, in the wink of an eye, but he seldom visited the real coastal town as it bored him immensely.

Here in his version of Jay wick, the sea was always calm and quite characterless. There was no wind and always a slight drizzle in the air. No birds flew here, it was gull free and always quiet. As quiet as the grave.

When souls had passed over and came here, there was no welcoming committee, unlike the heavenly version of Claxton. Old Nick liked to let the new arrivals fend for themselves, survival of the fittest was the order of the day here.

The only thing to relieve the monotony was the occasional flash of lightning, otherwise Jay wick was quite quiet and extremely dull; it was the real Hell. Nick was soaking in a warm bath; his eyes shut to soak in the sensuous pleasure – hedonism was the theory he had propagated to mankind.

He smiled at his victory; modern man lived for pleasure, pleasure was man’s constant pursuit. He thought to himself, with satisfaction – if I can convert all men to my way of thinking, they will kill each other for gratification of their personal desires. He smiled to himself. The water felt hot and titillating, all his worries melted in that sensation.

His mates, a two-headed lizard and a three-headed dog, caressed his feet. They were playful, reverential and servile towards their master, their God in Jay wick. They had made up a bath game amongst themselves – rubbing in the lather, licking it off the master, and then soaping him all over again; the game was in doing it faster than the other. Nick enjoyed watching his bath mates vie with each other for his admiration.

BNI: What are your expectations for the book?

RK: Book is well into second print and is available internationally. It has sold in UK, USA, Australia and India. Readers across the globe have enjoyed the book. I take pride in declaring that theatre directors, film makers, authors, scholars, poets and students have found something to relate to in the book.

BNI: Do you think book cover an important role in sales?

RK: Bloody Hell, it does.

BNI: According to you, what is the top most advantage / disadvantage of self publishing?

RK: It’s a good idea only if you are good at marketing.

RK: A.I read only printed books. I want to be away from computer and screens at least to read.

BNI: Books News India on behalf of its readers, thanks you for accepting the request and helping us to know more about the author in you. We will be delighted to read more from your desk. God Bless!