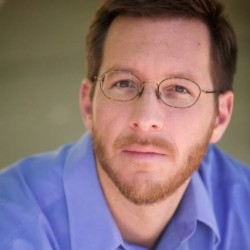 Andrew Carroll is 35 and lives in Washington DC. Following a fire that destroyed his house and his own small collection of letters, he founded the Legacy Project, an international all-volunteer initiative to preserve wartime correspondence. He is the editor of three New York Times bestsellers: War Letters, Letters of a Nation, and In Our Own Words.

He is also executive director of the American Poetry and Literacy Project, which he co-founded with the late Nobel laureate Joseph Brodsky. In the USA he has been responsible for bringing back the 'Armed Service Editions' (ASEs), which were pocket-sized editions of national bestsellers and literary classics handed out to US troops stationed abroad during World War II.