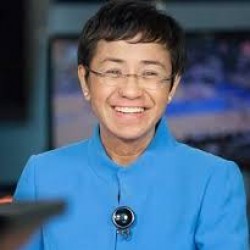 Maria A. Ressa, CNN's lead investigative reporter in Asia, has lived and worked in Southeast Asia for more than sixteen years. In 1988, she was named CNN's Manila bureau chief and, in 1995, became CNN's Jakarta bureau chief. In addition, Ressa has traveled extensively and reported from India, Kashmir, China, South Korea, Japan, Australia, and the United States. Videotapes of her coverage of terrorism were found in what experts believe to be Osama bin Laden's private videotape collection in Afghanistan.

Ressa graduated from Princeton University. She was awarded a Fulbright Fellowship to the Philippines in 1986, where she attended graduate school at the University of the Philippines. Among the awards she has received are the Asian Television Award in 1999 for Indonesia, the SAIS-Novartis International Journalism Award in 2000 for her work in East Timor, the Ferris Professorship of Journalism in 2001, and the National Headliner Award for Investigative Journalism in 2002.

All Maria A Ressa's Books