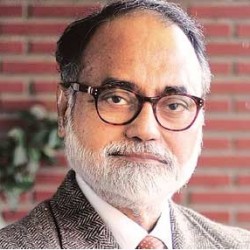 Sumit Dutt Majumder, former Chairman, Central Board of Excise and Customs, joined the Indian Revenue Service in 1974, after his Masters in Physics from IIT Kharagpur. As Member (Central Excise) and then Chairman, CBEC, he was actively associated with the preparations for GST.

He has been interacting with the trade across the country explaining the basics of GST. He presented his views to the Select Committee of Rajya Sabha on the GST Constitution Amendment Bill. On invitation, he interacted with Members of Parliament on GST.

As Senior Advisor, International Tax and Investment Center, Washington, he has been addressing Asia Pacific Tax Forum and African Tax Dialogue on GST in India. The European Union (EU) appointed him for its project in India on Capacity Building in GST.