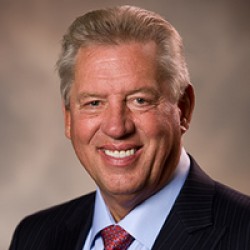 John C. Maxwell is an internationally recognized leadership expert, speaker, coach, and author who has sold over 19 million books. Dr. Maxwell is the founder of EQUIP and the John Maxwell Company, organizations that have trained more than 5 million leaders worldwide. Every year he speaks to Fortune 500 companies, international government leaders, and organizations as diverse as the United States Military Academy at West Point, the National Football League, and the United Nations.

A New York Times, Wall Street Journal, and Business Week best-selling author, Maxwell has written three books which have each sold more than one million copies: The 21 Irrefutable Laws of Leadership, Developing the Leader Within You, and The 21 Indispensable Qualities of a Leader. You can find him at JohnMaxwell.com and follow him at Twitter.com/John Maxwell.

For those of you interested in the topic of leadership, John C. Maxwell (@john Maxwell – www.johnmaxwell.com) likely needs no introduction. John is probably one of the world’s best known and most respected authors and speakers on the subject of leadership. A New York Times, Wall Street Journal, and Business Week best-selling author, John has sold more than 18 million books.

In fact, three of his books (The 21 Irrefutable Laws of Leadership, Developing the Leader Within You, and The 21 Indispensable Qualities of a Leader) have sold more than one million copies each. John is also the founder of EQUIP, a non-profit organization that has trained more than 5 million leaders in 126 countries worldwide. Rather than continue with his bio, I want to get on with the interview so that you can get up-close and personal with man behind the impressive credentials.

Mike Myatt: What was your first recollection of experiencing great leadership?

John Maxwell: Definitely in the home. My father is a great leader. He led our family well. He served our mother, which is the essence of effective leadership. And he led each of us kids differently. For my business-minded brother, he provided opportunities to connect with successful businessmen and develop his talent. With me, he knew I was going to be a pastor. So he often took me with him to hear especially gifted preachers. Many of them were kind enough to meet with me and even pray over me and my future calling.

Mike Myatt: Who had the most significant influence on shaping you as a leader?

John Maxwell: Well, aside from my father, I’d say one book really changed the way I looked at had leadership: Spiritual Leadership by J. Oswald Sanders. That’s where I first read that leadership is influence. That insight changed my perspective on leadership and set the course for my career as a leader and teacher of leadership.

Mike Myatt: What has been the most difficult decision you’ve had to make as a leader?

John Maxwell: I think it would have to be leaving the pastorate. I’ve always loved the church and believed in its mission. Pastoring the local church was my first calling. But later I began to sense that I was called to train leaders outside the walls of the local church. As it happened, I served as senior pastor probably two years longer than I should have.

After ten years of leading a church and an organization for leaders outside the church (essentially two full-time jobs), the workload took a toll on me. Even then, I didn’t want to leave. But it was a decision I eventually had to make.

Mike Myatt: What’s been most rewarding to you in your work in the leadership field?

John Maxwell: Seeing other leaders emerge and reach their potential. Nothing gives me greater joy than seeing a leader rise up and serve other people.

Mike Myatt: What do you see as the primary role of a leader?

John Maxwell: Helping others succeed. If you take a trip up a mountain by yourself, you’re not a leader; you’re an achiever. A leader takes people somewhere. And they take the people not only where they want to go but also beyond where they believe they can go.

Mike Myatt: What do you see as the single-biggest stumbling block for leaders?

John Maxwell: Thinking that their leadership is for themselves. Leadership by nature needs to be unselfish, to add value to others. Anytime a leader starts to think that the position, the influence, or the benefits are for them, they’ve got things upside-down.

Mike Myatt: What do you see as your greatest strength as a leader?

Mike Myatt: What do you see as your greatest weakness as a leader?

John Maxwell: I believe so much in people that I’m unrealistic. There have been many times when I’ve thought I could help somebody get to the next level when maybe they didn’t even want to. I just have a real blind spot there, so much that I eventually got to the place where I was not the one hiring leaders. Because no matter what deficiency a potential staff member had, I thought, “Oh, I can help with that. I can help them be successful.”  That’s just not always true, because people have to want to change and grow.

Mike Myatt: Is it more difficult to be a leader today, why or why not?

John Maxwell: No. Leadership is leadership. It involves the same principles, no matter the time frame. Now, individual challenges can make things more or less difficult. But I think every era has opportunities for great leaders to emerge, and the great ones do. Pick any time in history, and you’ll find a challenge and a leader who rose up to take it on.

John Maxwell: Let me give you two examples with the same person. Early in Barack Obama’s administration, he ran into problems with some Cabinet nominees who had failed to pay all of their taxes. After revelations about the third, Tom Daschle, Obama was quoted in interviews saying, “I screwed up. I’ve got to own up to my mistake.” It was very refreshing for me to see a leader – particularly a President in office – to say, “I own this.

“Now, look more recently to the same president, same administration. With this spring’s Gulf oil spill, I think Obama was too laissez fairest first. I don’t think he understood the magnitude of the problem and didn’t take a proactive enough approach. And so it soon grew to crisis proportions. This illustration just shows that no leader is immune. Every good leader makes some bad decisions. Likewise, every bad leader makes some good decisions.

Mike Myatt: What should leaders today be focused on with regard to the future?

John Maxwell: I think leaders always have to be looking forward at the vision. So that’s really a question for each individual leader. You can’t give one answer that works for all leaders because every leader has a unique vision and circumstances.

Mike Myatt: If you could give our readers one piece of advice on leadership, what would that be?

John Maxwell: You never arrive. Leaders are learners. If you want to be a good leader, whether you’re just starting out or the CEO of an organization, do not have an arrival mindset. Always operate from the belief that you can always grow and get better as a leader and as a person.

Mike Myatt: What’s next for John?

John Maxwell: More and more, I find myself speaking internationally. A little over 10 yrs. ago, I started a nonprofit org called EQUIP, to focus on training leaders outside the United States. Because of EQUIP’s efforts, I’ve made more international connections. Last year, I taught in China twice, and I’m going back again this summer. I like to say that I’ve taught leadership on every continent except Antarctica. And I believe I’ll continue doing that. It’s a joy to train leaders here at home, but I find it especially rewarding in countries like China, where the people are so talented and so hungry to learn.

Conclusion: The thing that I’ve always admired about John’s work is that he has been able to authentically integrate his faith with his work in the field of leadership – this is a regrettably a rarity in today’s world. After reading this interview the real take away is that John is the antithesis of an aloof celebrity. He is warm, caring, engaging and truly passionate about the practice of leadership. If you enjoyed this interview, please leave a comment so that John has the opportunity to hear from you below…