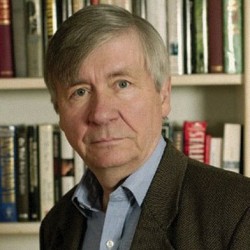 British novelist and non-fiction writer. Educated at the Benedictines' Ample forth College, and subsequently entered St John's College, University of Cambridge where he received his BA and MA (history). Artist-in-Residence at the Ford Foundation in Berlin (1963-4), Harkness Fellow, Commonwealth Fund, New York (1967-8), member of the Council of the Institute of Contemporary Arts (1971-5), member of the Literature Panel at the Arts Council, (1975-7), and Adjunct Professor of Writing, Columbia University, New York (1980). From 1992-7 he was Chairman of the Catholic Writers' Guild. He is a Fellow of the Royal Society of Literature (FRSL).His most well-known work is the non-fiction Alive: The Story of the Andes Survivors (1974), an account of the aftermath of a plane crash in the Andes, later adapted as a film.