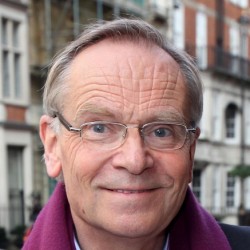 He was a Member of Parliament and deputy chairman of the Conservative Party, and became a life peer in 1992.

His political career, having suffered several controversies, ended after a conviction for perverting the course of justice and his subsequent imprisonment.

He is married to Mary Archer, a scientist specialising in solar power. Outside politics, he is a novelist, playwright and short story writer.

Archer was a Conservative MP and deputy chairman of the party, but his political career ended in 1999 when he was found guilty of committing perjury during a libel case. His 34 books have gone on to sell many millions

You have a new book out. Can you give me an overview?

Can't wait. You've said before that a good story can be told in three sentences. Do you still stand by that?

Yes. Kane and Able is the story of two men, both born on the same day. One with everything, one with nothing. They only meet once. But it changes their whole lives. Is that three sentences?

It depends where you put the full stops. How do you write?

That's impressive. It's more than I do.

That's what I thought.

I read that you go to Mallorca to write. So you never write in London?

our resilience is pretty remarkable. What do you attribute it to?

I think that's probably inborn. You see people who collapse and give in and call it a day, and you think why did they? I think that's in their nature.

At what point have you felt most despondent?

I think when my wife had cancer. I certainly felt that I'd be totally lost if she died. But they assured me that she wasn't going to and I believed them and now she's not only fully recovered but is chairman of the Science Museum.

How do you define success?

For politicians you can measure your success by whether you obtain office or achieve anything. With writing, it's quite difficult because you don't have rivals. There are those who win awards and those who sell a lot of copies. Sometimes they come together but that's rare.

Do you still hold your famous shepherd's pie and Krug parties?

Every year. I'm amazed you don't know that.

Do you think some people are jealous of your success as a writer?

I think anyone who wants to walk on to the centre of the stage will have people who are too lazy to do so and will criticise. I'd say to them, "Well, write a book yourself". And some of them do.

What advice would you give to your 16-year-old self?

Don't go into the House of Commons as early as I did – 29 was too young. And don't be so trusting. I'm by nature an energetic enthusiast. The other side of that coin is naivety.

If you had another shot at things, what would you do differently?

I think I'd have worked harder at school – I come from that generation after the war that didn't try too hard. I now see how hard my children work, and I'm even beginning to see it in my grandchildren, . In some ways it's tough for the modern generation. But I think one is foolish at the end of one's life to start looking back the whole time. I've had a wonderful life, I've been very happy.