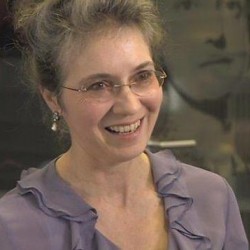 Deborah Cadbury is an award-winning British author and BBC television producer specialising in fundamental issues of science and history, and their effects on modern society.
After graduating from Sussex University in Psychology and Linacre College, Oxford she joined the BBC as a documentary maker and has received numerous international awards, including an Emmy, for her work on the BBC's Horizon strand.
She is also the highly-acclaimed author of The Seven Wonders of the Industrial World, The Feminisation of Nature, The Dinosaur Hunters, The Lost King of France and Space Race.

What inspired you to write this book?

This book began for me with an astonishing discovery of previously unseen royal letters. My American editor, Clive Priddle, was helping his wife’s parents clear out their attic in New York, when he spotted a surprising signature amongst the papers – that of Wallis Simpson, the Duchess of Windsor. Soon it was clear there were dozens of letters from Wallis Simpson in the attic (including rare honeymoon letters) and other members of the royal family, to Clive’s wife’s great-grandmother, Betty Lawson Johnston, a wealthy American socialite. It was very exciting to see this material which had not been seen by historians before. It opened a door onto a private royal world at a critical time in our history in the 1930s and 40s. As I began to research the context of these letters, gradually I came to focus on the four sons of George V: ‘Bertie’ or George VI, of King’s Speech fame, his older brother, formerly Edward VIII who became the Duke of Windsor, and their two younger brothers, the Dukes of Gloucester and Kent. A great many claims were made about these four royal brothers during the Second World War but I wanted to know what really happened.

What was the most surprising discovery you made when writing this book?

The espionage files in the National Archives that shed new light on the fateful summer of 1940 showing just what British intelligence, and in turn, Churchill and George VI, learned of the Duke and Duchess of Windsor’s dealings with the Nazis during the Battle of Britain. It was extraordinary to see the very records that the king had seen, showing what he knew of his own brother, the ex-king’s betrayal at the time.

‘Germans expect assistance from Duke and Duchess of Windsor, latter desiring at any price to become Queen….Germans propose to form opposition government under the Duke of Windsor’

I found records that showed that such was the scale of the concern about the Windsors during the war that “C”, the Chief of MI6 began to follow the Windsor’s case closely and President Roosevelt himself ordered an extraordinary covert exercise. In the light of the new evidence on the Duke of Windsor’s dealings with the Nazis I believe a re-evaluation of Windsor’s wartime actions is long overdue.

Was there anything you were not able to find in your research?

Yes – I found evidence that the telephones at Buckingham Palace and Fort Belvedere (the home of the abdicating King Edward VIII) were bugged at the height of the abdication crisis on the orders of the Home Secretary. Although I could find the memo authorising the British Telephone Service to proceed with intercepting Edward VIII’s calls to Wallis, I could not find the transcripts of their conversations at this critical time.

Which of the characters in your book do you most admire?

Churchill certainly. It is hard to read the records about the first forty days of his leadership where the country faced once crisis after another as France fell – and not feel deeply moved. I also admired George VI. I liked the fact that he tried, and kept trying, to be the war time leader that the country needed when dealing with intrinsic character flaws that made this hard for him. Churchill understood the toll this exacted of the king. They became like brothers, Churchill recognising the king’s own valour.

What was the best thing about writing this book?

I had always wanted to write about the Second World War from the point of view of what it felt like to live through it. When reading military history it so often feels retrospective, with neat descriptions of when one phase began or ended; you never quite get the sense of the messy reality at the time. Reading George VI’s unpublished War Diary, I had an overpowering sense of what it felt like to live through the day to day ordeal of the Second World War.

Which are your favourite images in this book?

I like the letters from “C”, the Chief of MI6, that I found in the National Archives. It was interesting to find that the Chief of MI6 was taking a personal interest in what the Duke of Windsor got up to. And such fun to see for myself that the Chief of MI6 signs his letters “C” with green ink. This tradition started with the original chief, Commander Mansfield Smith-Cumming. In the James Bond films, the producers have turned “C” into “M” – the role Judi Dench played.

What were some of the most important moments when writing this book?

One of the most important moments for me was getting access to the Royal Archives at Windsor. It took some time, but finally I was permitted to see the war records of the royal princes for myself. The archives are in the oldest part of the castle, the world famous Round Tower that dates from medieval times. They are approached up two hundred stone steps, the narrow windows giving spectacular views over the Thames Valley. When I reached the top with my portable, I felt as though I had taken a journey back in time. It was very atmospheric. The archivists wheeled in George VI’s War Diary on a trolley. Eleven volumes – all unpublished. They were almost apologetic – as if to say are you sure you want to read this? For me it was a precious moment. Opening up the first page, I felt instantly transported back to September 1939.

What would you most like to ask Wallis Simpson?

The King gave up his throne ‘for the woman I love’ but do you really love him?

Do you collect anything?

Books. There are books everywhere. Crammed on shelves. Covering the desk. Even as doorstops.

A story about Queen Victoria as a grandmother, set in the 1890s – the high watermark of royal power.