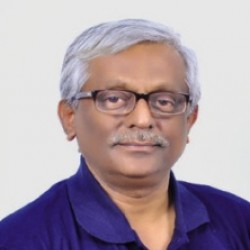 EP Unny grew up in Palakkad, Kerala. His first cartoon appeared in Shankar’s Weekly in 1972. He has worked with The Hindu, Sunday Mail, The Economic Times and The Indian Express, where he is Chief Political Cartoonist.

His work has featured at the Asian Cartoonists Conference in Tokyo and at the International Cartoon Festival in Carquefou, France. In 2009, Unny won the Lifetime Achievement Award of The Indian Institute of Cartoonists.