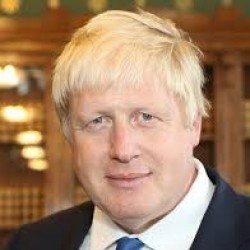 Alexander Boris de Pfeffer Johnson (born 19 June 1964) is a British politician, popular historian and journalist who has served as Mayor of London since 2008 and as Member of Parliament (MP) for Uxbridge and South Rui slip since 2015.

Johnson previously served as the MP for Henley from 2001 until 2008. A member of the Conservative Party, Johnson considers himself a One Nation Conservative and has been described as a libertarian due to his association with both economically liberal and culturally liberal policies.

Britain’s prime minister has yet to set a date with Andrew Neil, the BBC’s feared political interrogator. But Mr. Neil’s challenge to him is spreading widely on social media.

LONDON — Prime Minister Boris Johnson has methodically shielded himself from the scrutiny of the news media during Britain’s general election campaign, becoming the latest populist political leader who has tried to bypass journalists and take his message directly to the people.

But Mr. Johnson’s refusal to submit to a TV interview with a famously forensic BBC interviewer, Andrew Neil, has blown up as an issue in the final days of his campaign, illustrating not just the similarities but also the differences between Britain and other democracies where the press is under strain.

Mr. Neil reacted to the prime minister’s apparent rejection by installing an empty chair in his studio to dramatize his absence, and then lecturing Mr. Johnson about what he all but called an act of cowardice.

“The prime minister of our nation will, at times, have to stand up to President Trump, President Putin, President Xi of China,” Mr. Neil said, glowering into the camera on his program Thursday evening. “So it was surely not expecting too much that he spend half an hour standing up to me.”

It is hard to imagine an American broadcaster, no matter how influential, taking the peremptory tone with Mr. Trump that Mr. Neil did with Mr. Johnson. Reporters at all levels in Britain still gleefully hurl combative questions at public officials when they have a chance.

The trouble is, Mr. Johnson has kept those opportunities to a bare minimum during the campaign.

He has eliminated daily encounters with reporters, and when he does meet with them, he takes a limited set of questions from preselected journalists. That is why Mr. Neil, with his no-holds-barred style, looms so large.

“Neil is tough; he goes for the jugular,” said Simon Jenkins, an author and columnist who worked with Mr. Neil early in his career at The Economist. “It’s one of the relatively few times when you feel someone is getting under the skin of these people and putting them on the spot.”

Mr. Neil is hardly an ordinary reporter. A bluff, burly Scotsman who once edited The Sunday Times of London, he is also chairman of the parent company of the Spectator, the weekly newsmagazine once edited by Mr. Johnson.

That means he was effectively Mr. Johnson’s boss — an arrangement that is less novel than it might seem in the revolving door between British politics and journalism.

At the BBC, Mr. Neil has been host of a variety of shows and is a fixture of election-night coverage. He is known for his remorseless dissection of public figures.

An interrogation by him has become a rite of passage for British politicians, and Mr. Johnson is the only party leader to have ducked him during this election.

Few emerge from the experience unscathed. Mr. Neil’s recent interview with the Labor Party leader, Jeremy Corbyn, was widely judged to have been a disaster for Mr. Corbyn after he declined four times to apologize for accusations of deep-rooted anti-Semitism in his party.

Mr. Johnson has not formally ruled out an appearance on Mr. Neil’s program. He appeared on another BBC interview program, whose host is Andrew Marr, and insisted he was “perfectly happy to be interviewed by any interviewer called Andrew from the BBC.”  But his staff has not agreed on a date with the BBC, and time is running out.

The final TV debate between the two main party leaders on Friday failed to produce a knockout blow, with the Prime Minister Boris Johnson and Labor’s Jeremy Corbyn doggedly repeating their well-known campaign pledges and debate attack lines. Mr. Johnson used the broadcast to hammer home his promise to “get Brexit done,” while Mr. Corbyn laid stress on his determination to end austerity and redress inequality.

The stalemate will probably be a bigger concern for Mr. Corbyn, who is trailing in the opinion polls and for whom the debate was an opportunity to change the dynamic of the election campaign with less than a week to go.

An instant survey by YouGov, a polling firm, suggested that a small majority of viewers — 52 percent — thought Mr. Johnson had come out the victor as opposed to 48 percent for Mr. Corbyn.

In the debate, Mr. Johnson doubled down on his pro-Brexit rhetoric and even seemed to defend the claim he made during the 2016 referendum on European Union membership that Britain paid the bloc £350 million pounds a week -— a statement that the country’s statistics authority later described as “a clear misuse of official statistics.”

Mr. Neil, for his part, appeared to anticipate on his show that Mr. Johnson was not going to relent and agree to an interview.

The theme of his questions, he said, would have been about trust, and “why at so many times in his career, in politics and journalism, critics and sometimes even those close to him have deemed him to be untrustworthy.”

“It is, of course, relevant to what he is promising us all now,” Mr. Neil said, as he hunched characteristically in his chair.

Mr. Neil’s interviews are considered so potentially damaging that Labor officials have told British news outlets that Mr. Corbyn agreed to sit for him only after assurances from the BBC that Mr. Johnson would do the same.

In response, Rob Burley, the BBC’s editor of live political programs, posted on Twitter that “at no stage did we tell any other party that a date for Boris Johnson was confirmed, whatever you may have read.”

Mr. Neil declined to be interviewed, saying he was too busy prepping for nine hours of live election-night coverage next Thursday. “I’ve had my say, and I have nothing more to say about it,” he said.

Experts on the British news media said Mr. Johnson faced a complex calculus in deciding whether to rebuff Mr. Neil.

His half-hour-long program is popular among older viewers, many of whom naturally vote for the Tories. But Mr. Neil’s challenge to the prime minister was a social-media sensation with younger voters.

“He may have stopped himself being humiliated with the older audience,” said Meera Silva, the director of the journalism fellowship program at the Reuters Institute for the Study of Journalism. “But online, it’s being played that he’s a coward.”

Still, the standoff has also cast a harsh light on the BBC. Critics said the broadcaster should not have agreed to allow Mr. Johnson to sit down with Mr. Marr, who is viewed as a softer interviewer than Mr. Neil, unless he agreed to do both shows. There have been other complaints about its coverage.

The BBC has come under criticism for using footage from 2016 of Mr. Johnson laying a wreath at a monument for the war dead rather than this year’s footage. Many observers said he looked crisper in the old footage.

It also edited out footage of the audience laughing at Mr. Johnson during one of his debates. The BBC said both cases were simple editorial errors that did not reflect any attempt to show favoritism toward Mr. Johnson. Officials at the BBC have become increasingly defensive about the criticism.

“In these febrile and politically polarized times, it’s hardly surprising that the BBC, which seeks to represent the nation in its entirety, is a lightning rod for political discontent,” the BBC’s director of news and current affairs, Fran Unsworth, wrote in an op-ed published in The Guardian on Wednesday.

The vitriol directed toward the BBC attests to its central role in the British media. But Mr. Johnson’s apparent decision to snub Mr. Neil —

something his  Conservative predecessor,  Theresa May, did not do — reveals a new strain of contempt on the part of the government for the media, even Britain’s publicly-funded national broadcast service.

Mr. Jenkins, who was Mr. Neil’s colleague at The Economist, said, “The idea that everyone in politics has to dance to the BBC’s tune is something people are backing away from. “Stephen Castle contributed reporting.