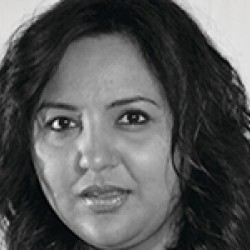 Zainab Priya Dala is a freelance writer and psychologist. Her debut novel What About Meera won the inaugural Menara Aziz Hassim Literary Prize in South Africa and was longlisted for both the Etisalat Prize for Fiction

(the most prestigious literary prize for African fiction) and the Sunday Times Barry Ronge Fiction Prize (South Africa’s largest literary award). Her second novel, The Architecture of Loss, has been published to much critical acclaim.

Her short stories were awarded second prize in the Witness True Stories of KwaZulu Natal and she has written opinion pieces for The New York Times Magazine, Marie Claire and Elle.

In 2017, she received an Honorary Fellowship in Writing at the International Writers Program at the University of Iowa. She has lived and worked in Dublin and now lives in Durban, South Africa.