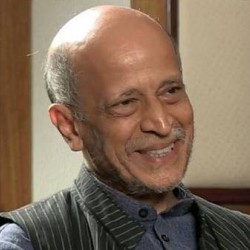 Darryl D’Monte was Resident Editor of The Times of India and the Indian Express in Mumbai. He writes for several newspapers and websites and has devoted himself to networking environmental journalists in India and throughout the world for nearly four decades. His book, Ripping the Fabric: The Decline of Mumbai and its Mills was published by Oxford University Press in Delhi in 2002 and reprinted as a paperback in June 2005.

He edited a book titled Mills for Sale: The Way Ahead, Marg Publications, 2007. He is a Trustee of the Mumbai Waterfronts Centre, which in 2007 shared the first Deutsche Bank Urban Age Award of $100,000 for implementing a project in Mumbai which made a difference to citizens’ well being. He is the President of the Bandra West Residents Association and a Founder Trustee of the Celebrate Bandra festival.