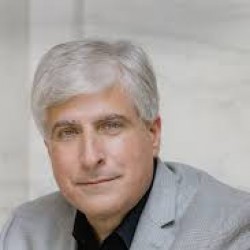 Steve Berry discusses his research for The Third Secret, prophesies, and the Catholic Church.

With all that's happened in Rome over the past few weeks, how timely is your new novel, The Third Secret?

Benedict XVI is now pope. In The Third Secret my pope is named Clement XV. Both men are German, in their seventies, a product of the Vatican (having held high office in the curia), elected quickly after a long pontificate as a transitional pope, who face monumental issues of great importance to the Church. I'd say the similarities are remarkable.

And the plot, is it likewise timely?

All of the hot button issues that have been widely discussed over the past few weeks concerning the Church in the modern world and the challenges the new pope will face are in The Third Secret, along with a shocking revelation that literally changes everything.

The prophecies of St. Malachy figure prominently into the plot. Are these as accurate as you make them in the novel?

Absolutely, and Malachy himself is not all that well known. He was an obscure Irish bishop who, in 1139, visited Rome and experienced a vision of the future, a long list of men who would one day rule the Church. He committed his vision to parchment and presented the manuscript to Pope Innocent II, tagging each of his future popes with short, descriptive Latin labels starting with Celestine II in 1143 and ending 111 popes later with the supposed last pontiff.

Interestingly, St. Malachy's predictions ultimately proved applicable about 90% of the time. An example: Leo XIII was the 102nd pope and A Light in the Sky was his attributed motto. Amazingly, the papal arms of Leo showed a comet*. The 111th pope Malachy predicted is labeled From the Glory of the Olive, and in The Third Secret that motto fits Clement XV perfectly. Whether or not this label will fit Benedict XVI, who now fills that slot, remains to be seen.

Both, though, precede Malachy's final pope, the 112th, about which he said: In the final persecution of the Holy Roman Church there will reign Peter the Roman who will feed his flock among many tribulations, after which in the seven hilled city the dreadful judge will judge all people.(Book Browse comment: This doesn't seem all that remarkable - isn't it possible that Leo XIII chose his papal arms because of the prophesy?!)

With all of the similarities between Benedict, Clement, and the plot, do you feel a little like St. Malachy?

Certainly I'm no Malachy. What I did was conceive, research, then write a story that seemed a logical extension to the Church's many recurring dilemmas. The Third Secret deals with that line between religion and faith. It's certainly interesting that my pope and the current pope are so similar.

Particularly since the idea for The Third Secret was conceived 6 years ago and the manuscript was submitted to Ballantine Books over a year ago. But is that prophecy? I'd like to think it was an educated guess.

The third secret itself refers to the famous visions of the Virgin Mary experienced by three children in the town of Fatima, Portugal, in 1917. What drew you to this subject?

I was born and raised Catholic, attended Catholic school, and was always fascinated by Fatima. I recall a paperback book on Fatima for sale at the church when I was a kid. On the cover was an image of the Virgin Mary and that was my first time reading about Marian visions.

Forty years later, when I reached a point where I was writing novels, this subject seemed a natural, particularly considering all of the mystery associated with the third secret.

But hasn't the Vatican divulged all of the secrets, including the third?

The first two secrets were revealed shortly after the 1917 apparitions. The third was made public in May, 2000 when John Paul II finally released the text. But, interestingly, Sister Lucia, the Fatima seer who penned the secret, made no public statements or confirmations about the release.

Also, the actual text was somewhat anti-climatic. The third secret is a complex metaphor that, on first blush, makes little sense. Consequently, many observers (including some high ranking Vatican officials) were quoted in 2000 as believing that there might be more to the message.

How did your personal religious beliefs influence the novel?

Not all that much. But there's a clear difference between faith and religion, and this plot explores that distinction, while simultaneously solving the greatest mystery of all time.

That's intriguing. The greatest mystery of all time? Care to elaborate?

You don't want me to give the book away, do you?

Why has the Virgin Mary become such a popular figure for so many Catholics around the world?

It's what she represents. Her total innocence. People have been drawn to her for two thousand years.

What challenges did you face in writing a thriller about the Catholic Church that features the internal politics of the Vatican? How did you do your research into what is not exactly the most open and accessible of institutions?

This book was fairly easy to research since there are so many primary and secondary sources. A lot of insiders have written about their Vatican experiences, so if not wholly lifted, the veil of secrecy that perpetually shrouds the Vatican is now more transparent.

What I didn't want to do was implicate an actual person in any supposed religious cover-up. Thankfully, with the public release of the third secret in 2000, I was able to accomplish that by using fictional characters as the bad guys.

Are you worried about harsh reactions from Catholics who might feel you are not being sensitive to their religion and faith?

Hopefully, readers will remember that this is a novel and the primary goal of a novel is to entertain. The plot is from my imagination. I'm certainly not trying to make any social or political statement. I just want the reader to enjoy themselves for a few hours and, if the plot gets them thinking and talking, then so much the better.

Why do you think novels about the Catholic Church are so popular today ... and especially novels in which the church plays an ambiguous or even a negative role?

Few of man's institutions can claim to have survived 2000 years, but the Roman Catholic Church has done just that. Of course, the Church's self-imposed aura, magnified through rigid secrecy and sometimes unbending attitudes, certainly adds to its mystery. Unfortunately, success breeds both admiration and contempt. And the Catholic Church, if nothing else, has been successful.

Tell us about your hero, Colin Michener, a conflicted priest with a troubled past.

As a young priest, Colin loved a woman and he can't understand why that's wrong in the eyes of the Church. Now he's the papal secretary, in a position to actually change things, and when this woman re-appears his troubles start all over again. But that personal dilemma is compounded by Clement XV, who pushes Michener one way, while the Church yanks him in another.

Ultimately, it's finding the complete third secret of Fatima that will resolve this conflict and, in the process, produce a whole new set of problems for Michener. So he has a lot to deal with. I like ordinary people being thrust into extraordinary situations, and Michener certainly finds himself in the center of something extraordinary. Also, his name is special too. James Michener is my favorite writer, so I named this character after him as a tribute.

The novel is set in the near future, after the death of the current pope, John Paul II, when Clement XV is pope. What kind of pope is Clement? And Clément’s rival for power, and the odds-on favorite to succeed him as pope, is Cardinal Valandra, a staunch traditionalist. Tell us about him.

Clement, like the current Benedict XVI, was supposed to be a transitional pope. An older man placed on the throne of St. Peter simply to keep the chair warm until one of the younger cardinals could muster enough votes to get himself elected. But, like John XXIII, who was also supposed to be a caretaker pope, Clement starts to change everything, and this brings out opponents, especially Cardinal Valandra, who detests anything that varies from the established order.

This conflict exists within the Church today. Liberals and conservatives are battling for theological control and that war is graphically illustrated in this novel, with an added twist from a surprising third player, which makes the conflict that much more interesting.

Does the Catholic Church need to change in order to thrive into the future? If so, what changes does it need to make, and do you believe it will be capable of making them in the post-John Paul II era?

Change is exactly how the Catholic Church has survived for two millennia. That's the Church's greatest attribute–and inevitably it always adapts to the evolving world. Granted, the Church can take its time in making that move, but change has always come.

Where is The Third Secret on sale?

What can you tell us about your next book?

It's a modern day suspense thriller that will deal with the Knights Templar and a fascinating village in southern France that has long been associated with a great mystery. Need I say more?