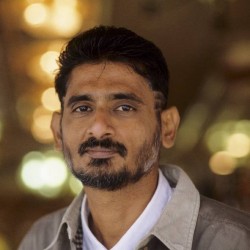 R. Raj Rao (born 1955) is a writer and teacher of literature and one of India’s leading gay-rights activists. His 2003 novel The Boyfriend is one of the first gay novels to come from India.

He is the author of Slide Show (poems), One Day I Locked My Flat in Soul City (short stories) and Nissim Ezekiel:

The Authorized Biography. Poems from his ‘Bogey’ collection also served as the basis for Riyad Wadia's 1996 film Bombay, said to be India's first gay film.

Rao is a professor in the department of English, University of Pune, founder of Queer Studies Circle, a gay-lesbian student group, and in his own words, a radical utopian.