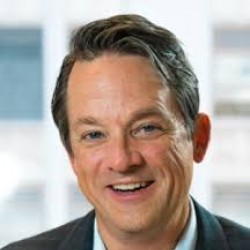 Daniel Coyle is the author of the upcoming book The Culture Code (January 2018). He is the New York Times bestselling author of The Talent Code, The Little Book of Talent, The Secret Race (with Tyler Hamilton), and other books.

Winner (with Hamilton) of the 2012 William Hill Sports Book of the Year Prize, he is a contributing editor for Outside magazine, and also works a special advisor to the Cleveland Indians. Coyle lives in Cleveland, Ohio during the school year and in Homer, Alaska, during the summer with his wife Jen, and their four children.

Highlights from our interview with Daniel Coyle

Daniel Coyle is an award-winning, New York Times-bestselling author of books on leadership and performance, including The Talent Code. Here, he discusses his latest book The Culture Code: The Secrets of Highly Successful Groups.

Harvard research on strong culture vs weak culture in matched businesses showed increased revenues of 756 per cent over 11 years for the business with the strong culture.

It’s all about sending signals of real connection and safety. They’re called belonging cues. Successful groups send out a steady stream of signals that say we’re connected, we share a future, I care.

A call-centre company improved retention by 270% simply by swapping the usual induction process with asking new trainees about themselves – “What music do you play? Tell me about yourself?”

Leaders should focus on keeping an open face. Your facial expression has two settings – open or closed. The frontalis muscle on the forehead is probably the most important muscle leaders have. When it is up and your eyes are wide open, you look caring and attentive.

A tip for bosses from a contact at Google: Send a two line email to the team. “Hey, I’m trying to get better, tell me one thing that I should keep doing and one thing I should stop doing.”

Ask face to face. Research shows asking someone to do something face to face gives you a 34 times better chance of getting a yes, than if you’d sent an email.

The four most important words a leader can say are “I screwed it up”, especially early in relationships, according to a U.S. Navy SEAL interviewed for The Culture Code.

Have pre-flight, mid-flight and post-flight discussions on projects. Discuss how you’re going to work together. What you’re afraid of. Name the key tensions you’re trying to deal with.

Successful teams have mantras. They are cheesy but powerful. The New Zealand All Blacks use the phrases “Sweep the sheds” and “Leave the jersey in a better place.”

2. If you could co-author a book with anyone, who would it be, and what’s its title?  Barack Obama, and the title How I Think.

3. A great piece of advice you could share? Listening is the most underused, high-leverage tool anyone has. Treat listening as a sport, train yourself, get better at it, focus on it.

4. What’s been your lowest moment, and how did you recover from it? I’d written non–fiction books and tried to write fiction and it was really difficult. In the end it was a total failure. It was published but I still don’t like it. It was really humbling. I thought I was pretty good and I was brought to my knees by that process. I recovered after a friend gave me another assignment to write a book.

5. How do you relax? Hitting a tennis ball. Not very well. But trying to learn that sport.

6. What’s something about you we don’t know? I spent a month in Manly in Australia when I was in 8th grade, and I walked through the mouth of the shark at the Aquarium. I love Australia.

7. What’s the secret of success? I think it’s in relationships. It’s also in enthusiasm. I see a deep positivity in a lot of successful people that is not rational, it’s not thought through. They just freakin’ love it. It’s like a divine wind.

8. What’s a prediction for 2025? (Baseball team) Cleveland Indians win the World Series (I do consulting with them).