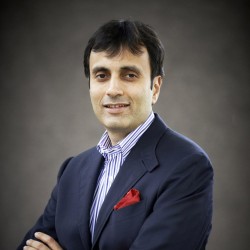 For many years Ruchir Sharma's writing has drawn on his travels as a global investor, which take him to a different emerging nation every month.

Now a contributing writer at the New York Times, his columns and essays have appeared in Foreign Affairs, the Wall Street Journal, the Financial Times, The Times of India, and many other publications, both global and Indian. His earlier books, The Rise and Fall of Nations
(2016) and Breakout Nations (2012), both became international bestsellers.

In Democracy on the Road, Ruchir brings readers along on his travels through India, where he follows at least one big election every year.