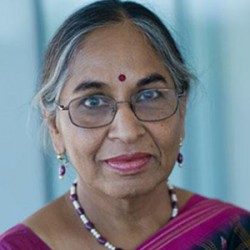 She also served as nominations council member of the Asia Pacific Screen Awards, Australia. She has contributed chapters to books on Indian cinema: 'Rebels without a Cause' for the Encyclopaedia Britannica India volume on Hindi cinema; 'Heart of the Hindi Film' for Bollywood, Dakini Publications, London; 'To Be a Woman' for Frames of Mind, Indian Council for Cultural Relations; 'Images of Women' for Rasa, Vol. II, edited by Chidananda Das Gupta; Amitabh Bachchan for Icons, edited by Anil Dharker, Roli; 'Idealized Women and a Realist's Eye' for Bimal Roy: The Man Who Spoke in Pictures, edited by Rinki Bhattacharya, essays for Madhumati and Janani by Rinki Bhattacharya.

She lives in Bombay with a forbearing husband who is not interested in films but calmly survives her deadlines and film mania. An allied activity has been subtitling films from Hindi, Telugu and Kannada into English.