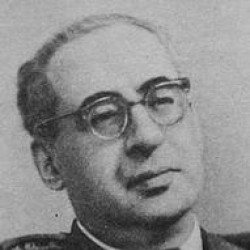 He graduated from the Literary Institute (1938). E. Petrov greatly influenced his formation as a satirist and humorist .

He lived and worked in Moscow. In the 1940s, he worked for the Krokodil magazine. Many of Ruskin's unpublished epigrams were spread orally. According to Wolfgang Kazak, “Ruskin's epigrams to contemporary writers reveal a brilliant command of the language, are distinguished by their sharpness and accuracy”.

Based on the musical "Screen Star", written by Raskin in collaboration with Maurice Slobodsky , the famous movie "Spring" was created .

Until now, the collection of prose miniatures for children "How dad was little" is popular .