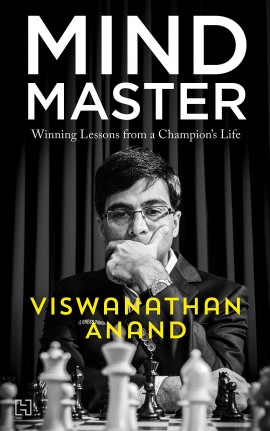 IMPORTANT NOTICE: Make sure you don't get a pirated copy! This book will have a tamper-proof hologram as a marker of security/authenticity. Look for a 4-level hologram with the Hachette India logo, a unique serial number and the word 'ORIGINAL' visible at multiple layers.*

Few people know better than Viswanathan Anand how to tackle the gravest obstacles and overcome the toughest odds.

From the time he learnt to move pieces on a chess board as a six-year-old, Vishay - as Anand is fondly known - has racked up innumerable accolades. The first World Chess Champion from Asia, he emerged onto the world stage when chess was largely a Soviet preserve, climbed the ranks to become world No.

bagged five world championship titles and won tournaments across all formats of the game. An ambassador of the sport like no other, his is one of the most revered names in chess.

In Mind Master, Vishay looks back at a lifetime of games played, opponents tackled and circumstances overcome and draws from its depths significant tools that will help every reader to navigate life's challenges.

What role do tactics and strategy play in the preparation for achieving a goal? How can emotions be harnessed to be of advantage in tricky situations? What are the precautions to be taken before you decide to leave your comfort zone and embrace risk? What do you need to do to stay relevant in the face of rapidly changing realities?

Is unlearning really the only way to learn? These are just some of the nuggets Anand touches upon with characteristic wit, easy wisdom and disarming candor in Mind Master - a delightful and invaluable exploration into the self that will thrill, inspire and motivate readers as few books have done before. 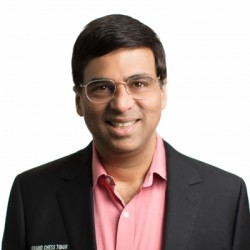 Viswanathan "Vishay" Anand (born 11 December 1969) is an Indian chess grandmaster and a former World Chess Champion. He became the first grandmaster from India in 1988.

Anand held the FIDE World Chess Championship from 2000 to 2002, thus becoming the first Asian to do so. He became the undisputed World Champion in 2007 and defended his title against Vladimir Krasnik in 2008.

In April 2006 Anand became the fourth player in history to pass the 2800 Elo mark on the FIDE rating list, after Garry Kasparov, Vladimir Krasnik and Vaseline To palov. He occupied the number one position for 21 months, the 6th longest on record.

Anand was also the first recipient of the Rajiv Gandhi Khel Ratnam Award in 1991–92, India's highest sporting honor. In 2007, he was awarded India's second highest civilian award, the Padma Vibhushan, making him the first sportsperson to receive the award. He is also regarded as one of the greatest rapid players of all time.