From the bestselling authors of the popular Chicken Soup for the Soul series, comes another pioneering self-help book to help you achieve everything you have aspired for. The authors introduce the readers to the Aladdin Factor â€“ the right blend of confidence, desire and the willingness to ask, which will make all your dreams come true.

The Aladdin Factor will help you identify the major hurdles and will get you asking the right questions to overcome them. The book is packed with inspirational stories about great people who have succeeded by asking what they want. It will help you transform your life irrespective of what kind of stumbling blocks you come across.

Intriguing and riveting, The Aladdin Factor is an essential read for those looking out for a self-help book. 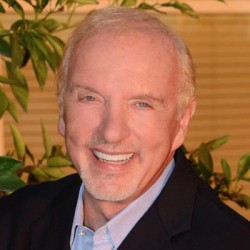 Mark Victor Hansen (born January 8, 1948)is an American inspirational and motivational speaker, trainer and author. He is best known as the founder and co-creator of the "Chicken Soup for the Soul" book series.

Mark Victor Hansen was born to Danish immigrants, Una and Paul Hansen. He grew up in Waukegan, Illinois. He graduated from Southern Illinois University in 1970 with a B.A. in speech communications.

Along with business partner, Jack Canfield , Hansen is best known for creating what Time magazine called “the publishing phenomenon of the decade”. Chicken Soup for the Soul books are one of the most successful publishing franchises in the world today, with more than 500 million books sold internationally and more than 100 licensed products. The name “Chicken Soup” was chosen because of the use of chicken soup as a home remedy for the sick. The first Chicken Soup book, published by Health Communications, Inc., sold more than 2 million copies. There are now over 500 million copies in print and in 54 languages worldwide.

In 2005 he co-wrote, along with Robert Allen, the book "Cracking the Millionaire Code" in which he highlights several self-made millionaires such as Bob Circosta, Michael Dell, Bill Gates, Alexander Graham Bell, Oprah Winfrey, and others, using them as examples of how to build wealth.