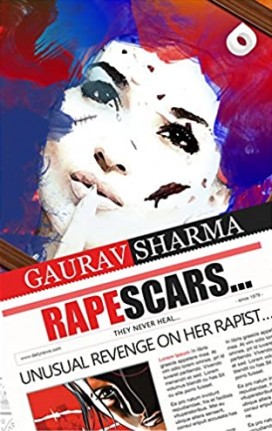 A girl is raped! Her parents insist to report. Police tries to scuttle the case. Her fathers influence works! Doctor, the fourth man, sees her bare. The defense lawyer encounters with obnoxious questions. As if, she had inveigled the innocent boys. As if, shes the one accused and her violators are seeking justice against her. She feels & experiences being raped in public again. Her lawyer manages to seek conviction! Akriti wins the case but refuses her culprit to have imprisonment.

Why does she do this?

What does she decide then?

Is this the decision of her or raped mind?

Rape Scars is the voice of a rape survivor who thrives to stand against the violation of her persona. 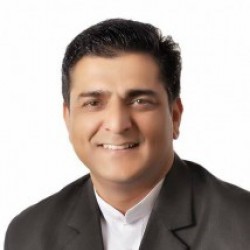 Gaurav Sharma, a Mathematics teacher by profession and a writer by passion. His first novel is 'LOVE @ AIR FORCE' which is a bildungsroman literary novel, brought out by Blackbuck Publications. He also contributed a poem in 'THE ESSENCE OF ETERNAL HAPPINESS' which is a collection of poems from 29 poets from six countries.

Lunacy for his dreams, he claims, has helped him being a published writer. As a writer, he doesn't want to be just a storyteller but yearns to create a stir.

He can be contacted at, gauravinfinity2009@gmail.com