Home / Books / How To Bring Up Happy Children 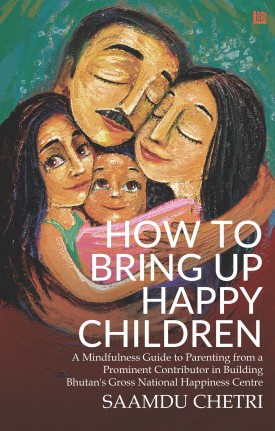 How To Bring Up Happy Children

What is the one thing every parent wants for their child?

The universal answer: To be happy.

How to Bring Up Happy Children, based on the Gross National Happiness principles of the small Himalayan Kingdom of Bhutan, is about bringing life transformative changes to young families. Saamdu Chetri uses his decades of experience in working with Bhutan's Gross National Happiness concept, and disseminating its principles to the world, to explain how parents who are content and grounded in the nine domains of human existence, enable the raising of happy children who have the natural ability to live in harmony with themselves, others, nature, and the greater universe.

From young couples preparing for parenthood, to middle-aged parents navigating the difficult stages of confusion and inner conflict with their young adult children, this book spans every age and stage, helping every parent/caregiver to understand how nature and nurture blend in the evolution of a child to his/her highest potential. A life-long teacher, ecologist, philosopher and life-guide, Chetri guides parents on how to influence natural selection; how to gain a new perspective on collective and time-tested wisdom on thinking and doing; how to create standard life practices that encompass every domain of human life; how to break free of entrenched mindsets and habits and go beyond; and how to achieve both happiness and human potential.

These valuable lessons in mindfulnesss open the door to an organic understanding of how to live as parents, in a society, and raise happy children who in turn contribute to creating a better world. 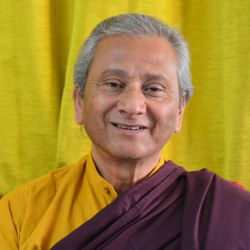 SAAMDU CHETRI was born in a cowshed, in remote Bhutan. He grew up with animals, plants and insects. When he was nine, his father took him to school, but deciding that his son could not survive without milk, he brought the cow to school as well.

Saamdu’s dream was to be a farmer and teacher, a rare combination. He did indeed become both. He worked as a farmer, first at home, then in Australia and Switzerland. In 2018, he joined the teaching faculty at IIT Kharagpur. Saamdu strongly believes that deep passions in life do come true if we have the right intentions.

All his life he has maintained the disciplines learnt in childhood – going to bed early and waking at 4 a.m., for his morning meditation, exercises, chores and then working for three hours before going to teach. He has been a keen sportsman, and his sprint record still stands. He taught himself many survival skills, including those of tailor, barber, plumber and electrician. He has been named among 100 prominent people of Bhutan.

Saamdu believes that every moment of life is beautiful, but we must train ourselves to be fully present.