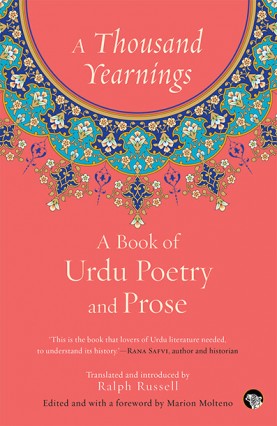 A Book of Urdu Poetry & Prose

For many people, Urdu is indelibly associated with a bygone era: the cultural renaissance of the eighteenth and nineteenth centuries in the face of colonial oppression, heady mushairas and romantic poetry. For others, it brings to mind the gritty prose of the Progressive Writers portraying the grim social realities of the mid-twentieth century.

In this luminous collection of Urdu poetry and prose, Ralph Russell expands our world of Urdu letters to include folk and oral narratives, besides prose and poetry. By situating each form historically, he gives us a refreshing perspective on the diverse literary cultures and histories of India.

Besides canonical short stories by the likes of Manto and Premchand, there is Ismat Chughtai’s a little-known autobiographical essay about her relationship with her brother, the writer Azim Beg Chughtai. There are creation tales from the Quran, popular stories of Akbar and Birbal, along with the legendary exploits of Sikandar (Alexander the Great). Selections from the sublime poetry of Mir, Ghalib and others are supplemented by astute commentary and roman transcriptions of the original Urdu. Farhatullah Beg’s brilliantly imagined account of the ‘last Delhi mushaira’ captures a moment in time never seen again, with the horrors of 1857 just around the corner.

An accessible introduction for unfamiliar readers, and a pleasurable companion for those familiar with Urdu literature, this volume is a treasure trove of stories, poetry and history. Originally published as Hidden in the Lute (1995), this revised edition has been edited by Russell’s student and friendfor several years, the novelist Marion Molteno. 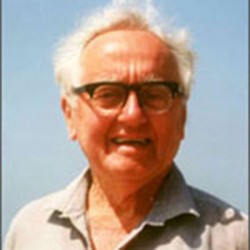 Ralph Russell (1918–2008) has been widely recognized as the greatest western scholar of Urdu. Khushwant Singh described him as ‘the most revered name of interpreters of Ghalib’s life and works’.

He headed the Urdu department at the School of Oriental and African Studies, University of London for thirty years, and was a popular visiting scholar in India and Pakistan. His unusual skill as a translator and his insightful writing have opened up an appreciation of Urdu literature to a wide range of readers.

His books include The Pursuit of Urdu Literature: A Select History (1992), Three Mughal Poets: Mir, Sauda, Mir Hasan (with Khurshidul Islam, 1991), The Oxford India Ghalib: Life, Letters and Ghazals (2003), among many others.