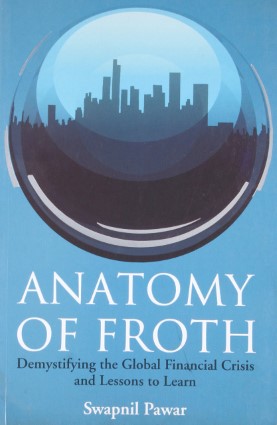 In 2007, a global financial and economic crisis broke out that shook the world. It spun the globe into a common vortex. Whether it was loss of equiry value or real estate, salary downgrades, job loss or lack of market demand in business, the crisis affected every one, everywhere. The scale of this crisis was unlike any other economic upheaval since the Great Depression of 1929-1933.

IT deeply impacted the global economic and financial order, as well as the advent of global trade and the mobility of capital. The long-term effects of the crisis will continue to effect our lives for many years to come. What and who caused the crisis? Was it wall Street? Was it global economic imbalances built on an undervfalued Yuan and an overvalued Dollar? Or was it the loose monetary policy which caused asset bubble? More importantly, what should we do to forecast and forestall crises such as this in the future? Unfortunately, discussion on these vital concerns have largely remained the preserve of aademics and experts.

The lay person has come to understand the crisis only in terms of its tangible impact on home and workplace- and through pop-speak such as sub-prime mortgages and credit -default- swaps'. This book attempts to demystify the crisis for the layman and make him a participant in discussions regarding our collective future. The basic causes of the crisis, though complex, are often shadwed by the various emotions which accompany its aftermath. This book is an attempt to understand the fundamental nature of the crisis in terms of broader trends rather than determining guilty companies, institutions and individuals. Only such an understanding can secure the global community against similar devastating crises in future. 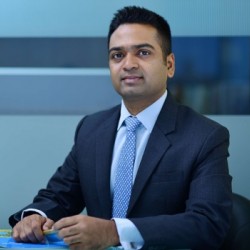 Swapnil Pawar is a fintech entrepreneur working on bringing blockchain into the mainstream finance. Newrl - the public blockchain developed by Swapnil’s company - is a ‘Trust Network’ to enable asset tokenization, trading, lending as well as a wide array of typical economic activities, in a decentralised and yet scalable manner. He has been a quantitative finance professional with an experience of over 17 years. He is a keen researcher of macroeconomic theory and its practical applications. His first book (Anatomy of Froth) focussed on the Global Financial Crisis of 2008-09. He writes regularly in various media on finance and economics.

1 One may argue that firms also demand a base value of return on equity or minimum net profit margin and this demand should be considered a part of the rigid demand of savings. That deserves additional thought. At present, we are moving forward with the assumption that while firms exist to make profits, they can survive indefinitely by making zero profits so long as they do not make losses. Clearly, a real-life firm in our times that makes zero profits for a long time may be sold by its owners to someone else that may improve that state of affairs! Even in this case, we still don’t expect the firm to shut down.

2 In reality, even in the early days of banking, there were financial assets, especially government debt and some equity stocks

3 The US Fed was acutely aware of this concern in the immediate aftermath of the GFC and thus flooded the banking system with excess HPM. The Indian case of PSU Banks being hit by excessive bad loans through 2014-17 was not handled with the same alacrity. The results were not quite pleasant – with multiple large company failures and questions over the viability of public sector banks.

5 Is his seminal work – ‘The Great Transformation’ – Karl Polanyi insists that there is no point in analyzing an abstracted economy; any relevant economic analysis is inherently political. At least in this section of our own analysis of monetary macroeconomics, we are following his guidance!

6 The US Fed is technically owned, in terms of its stock, by its member banks. However, the appointments are done by the government, by law. Also, the net earnings of the Fed have to be transferred to the treasury of the US Government. So, the beneficial owner is the US Government.