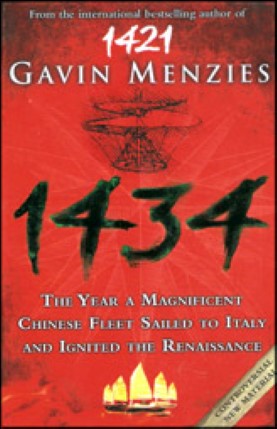 In his bestselling book 1421:The Year China Discovered the World, Gavin Menzies revealed that it was the Chinese that discovered America, not Columbus. Now he presents further astonishing evidence that it was also Chinese advances in science, art, and technology that formed the basis of the European Renaissance and our modern world.

In his bestselling book 1421: The Year China Discovered the World, Gavin Menzies presented controversial and compelling evidence that Chinese fleets beat Columbus, Cook and Magellan to the New World. But his research has led him to astonishing new discoveries that Chinese influence on Western culture didn’t stop there.

Until now, scholars have considered that the Italian Renaissance - the basis of our modern Western world - came about as a result of a re-examining the ideas of classical Greece and Rome. A stunning reappraisal of history is about to be published.

Gavin Menzies makes the startling argument that a sophisticated Chinese delegation visited Italy in 1434, sparked the Renaissance, and forever changed the course of Western civilization. After that date the authority of Aristotle and Ptolemy was overturned and artistic conventions challenged, as was Arabic astronomy and cartography.

Florence and Venice of the 15th century attracted traders from across the world. Menzies presents astonishing evidence that a large Chinese fleet, official ambassadors of the Emperor, arrived in Tuscany in 1434 where they met with Pope Eugenius IV in Florence.

A mass of information was given by the Chinese delegation to the Pope and his entourage - concerning world maps (which Menzies argues were later given to Columbus), astronomy, mathematics, art, printing, architecture, steel manufacture, civil engineering, military machines, surveying, cartography, genetics, and more.

It was this gift of knowledge that sparked the inventiveness of the Renaissance - Da Vinci's inventions, the Copernican revolution, Galileo, etc. Following 1434, Europeans embraced Chinese intellectual ideas, discoveries, and inventions, which formed the basis of European civilization just as much as Greek thought and Roman law. In short, China provided the spark that set the Renaissance ablaze. 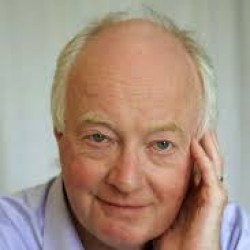 Menzies is most known for his book "1421: The Year China Discovered the World" which claims that the Chinese admiral Zheng He discovered America in 1421.

In his follow up book "1434" He claims that the European Renaissance was sparked by the Chinese.